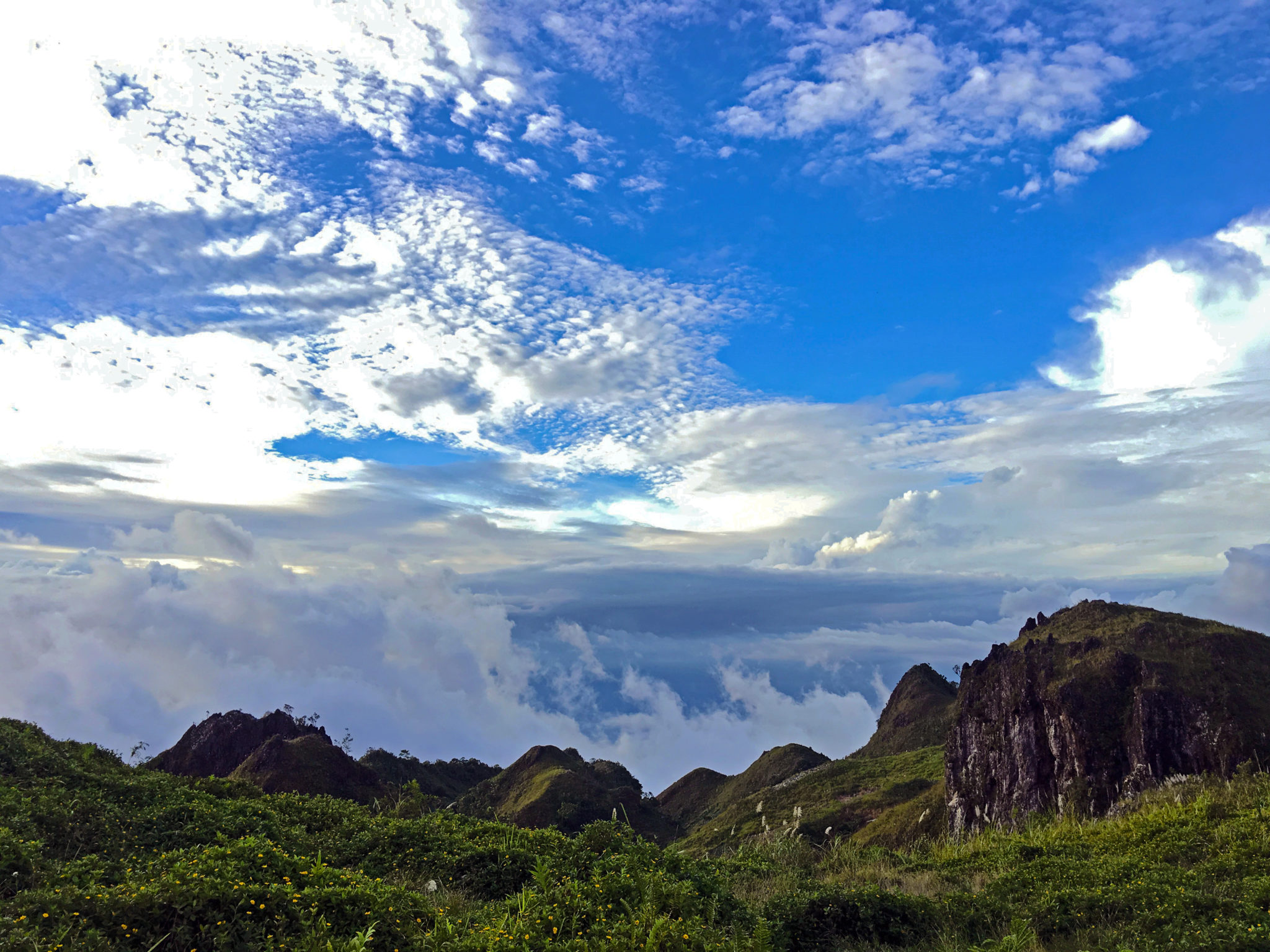 After our Mount Takliad trek and camping, we continued our jaunt for another fun-filled camp to Cebu’s highest mountain – the Mount Labalasan or commonly known as Osmeña Peak. It was my nth time visit to Osmeña Peak. Despite of the fact that I visited Osmeña Peak multiple times already, I would never grow tired or lost my interest to go back in this wonderful place. Because in trekking, I really do believe that no matter how many times you have been into the same mountain, you will never get to have the same experience and will never trek the same trail twice. The trail will always change and the experience will always be unique.

I would be like a broken record if I will keep on describing Osmeña Peak every time I write about it after my trek. So I won’t. Instead I will just jump directly what happened during this journey. But you may want to read my previous experience during my first visit to Osmeña Peak here.

The trip was a continuation to our Argao Multi-peak trekking plan that focuses on Mount Takliad and Mount Lantoy. Part of being a traveler is being able to adapt easily to changes on the plans due to uncontrollable influences like hostile weather conditions and the likes. Our Multi-Peak and caving adventure plans were cut short so we decided to proceed for another adventure – Trek to Osmeña Peak and traverse to Kawasan Falls to satisfy our adventure hungry and wandering souls. We were eight in the group and half of us decided to proceed and half of the group went home right after Mount Takliad Trek.

The four of us hired a tricycle from Argao to Dalaguete since the two towns were just few kilometers apart and we hired motorcycle taxis from Poblacion Dalaguete to Mantalongon Public Market. We had our lunch at the public market and started our trek right after. We chose to trek from Mantalongon Public Market to the foot of Osmeña Peak as it was more enjoyable and had more fun on the trek while conversing with each other rather than just riding a motorbike throughout. It took us about an hour trek with minimal stops in between.

The weather was excellent. The afternoon sun was not that fierce and the skies had some clouds giving us protection while we followed the open trail going to Osmeña Peak. We can’t even feel the exhaustion of the trek as we were constantly conversing and making the most out of it with some funny and diverse topics and silly jokes.

After an hour, we arrived at the tourism office and paid 30 pesos each as entrance fee. They will also collect 50 pesos camping fee per tent for the overnight campers, but will do the collection in the morning as Osmeña Peak sometimes will be subjected to strong and growling winds that in some cases, few of the camper’s tent won’t even survive the night. If such unfortunate circumstances do happen then no fees will be collected for the camping fee.

We chose a strategic location for our camp and settled a bit after pitching our tents before enjoying the beauty of Osmeña Peak. The weather was perfect, no fog and has a very stunning sea of clouds formation on the background when the sun was about to set. The clouds added an ethereal hint to the majestic scene at the summit of Osmeña Peak! Picture perfect isn’t it? We took several photos and went back to our camp after the setting of the sun! 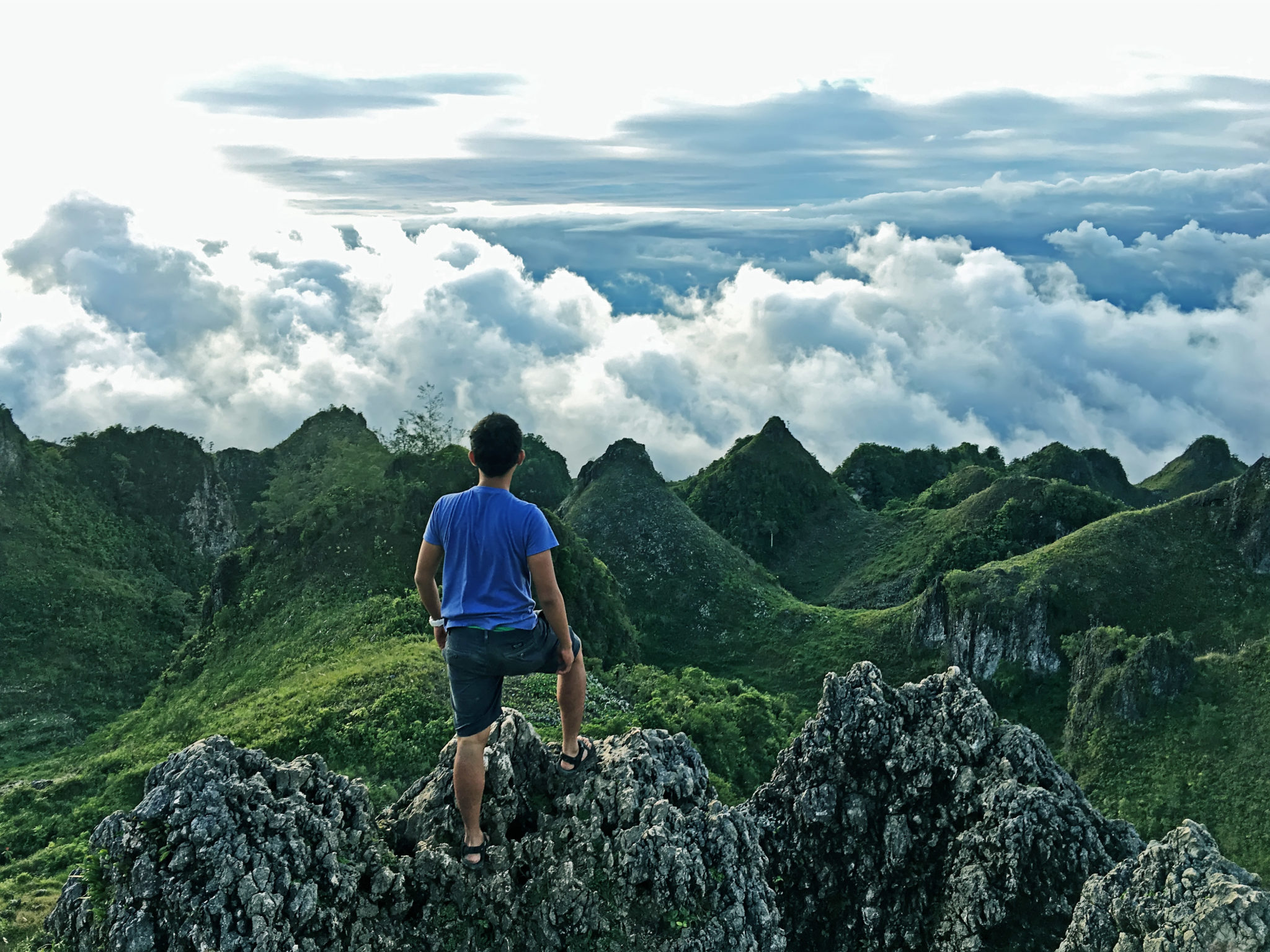 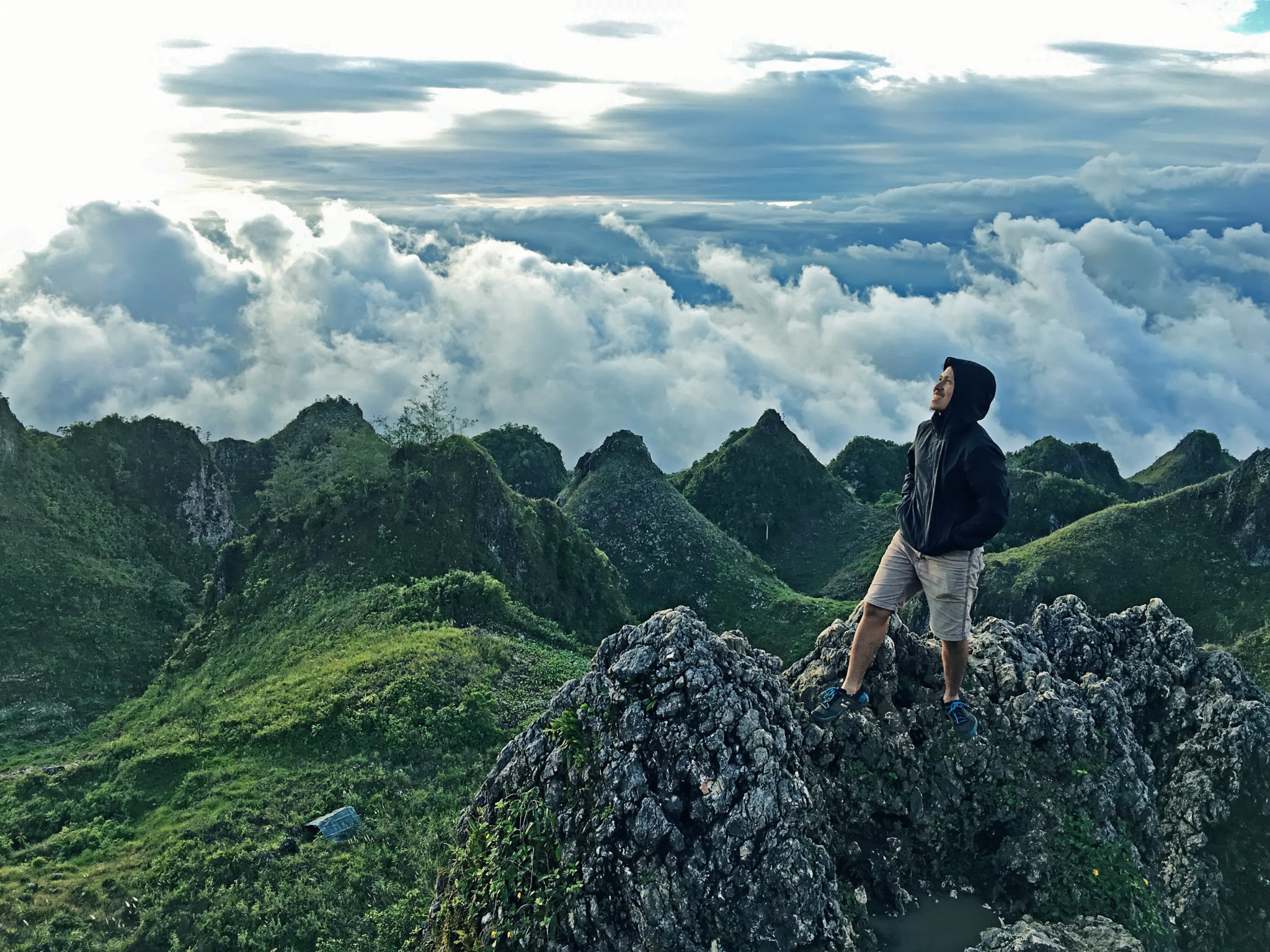 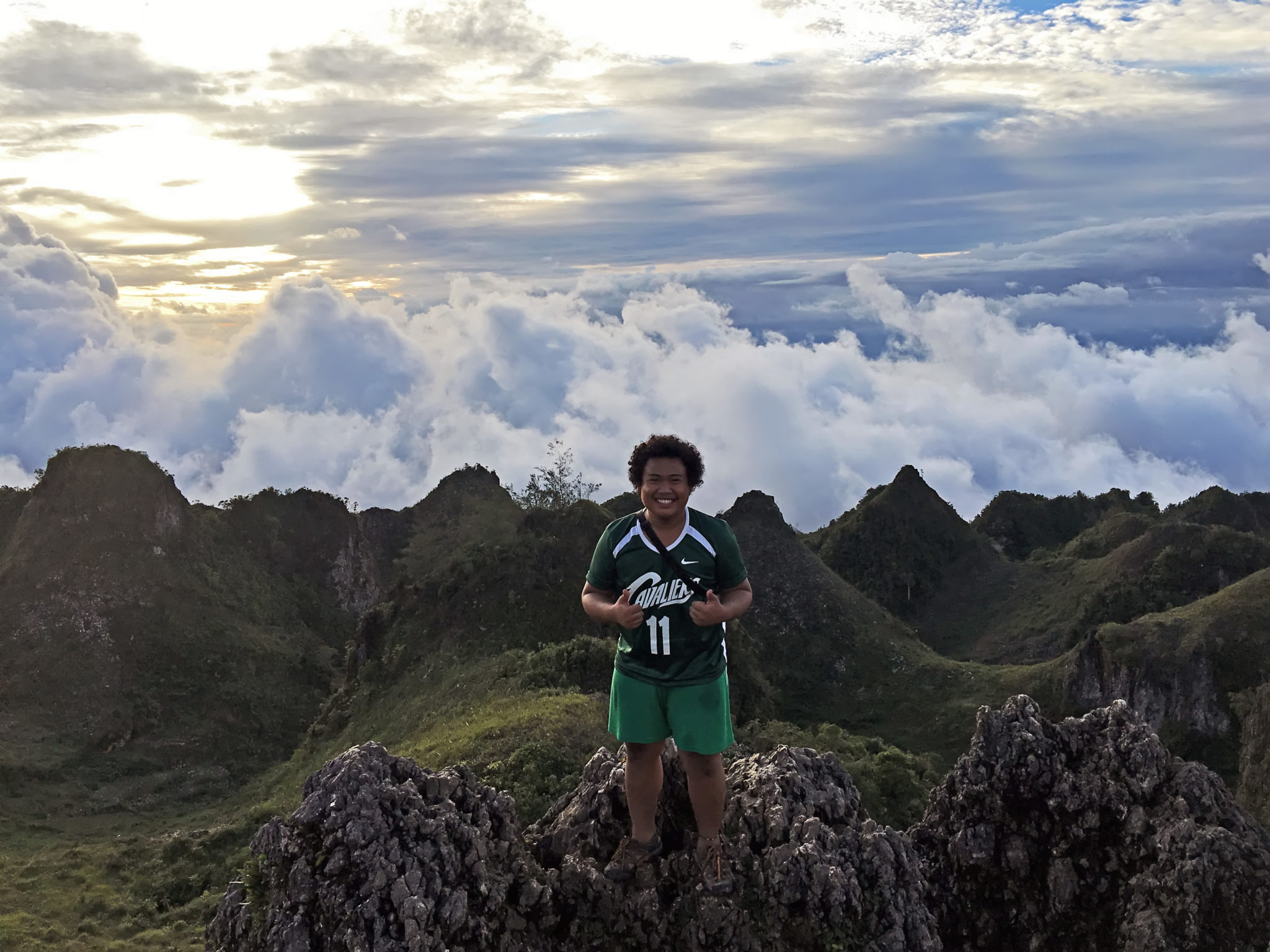 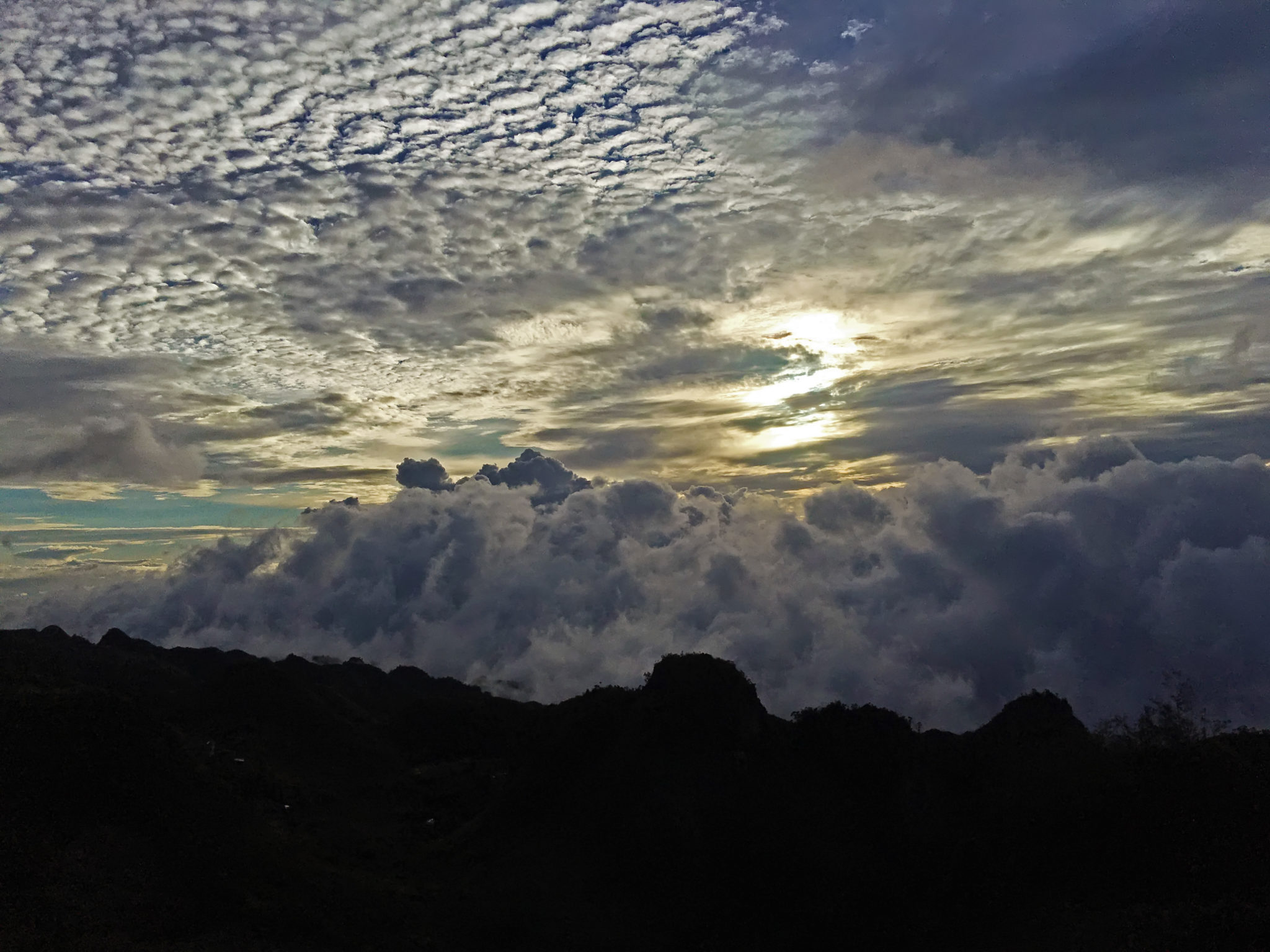 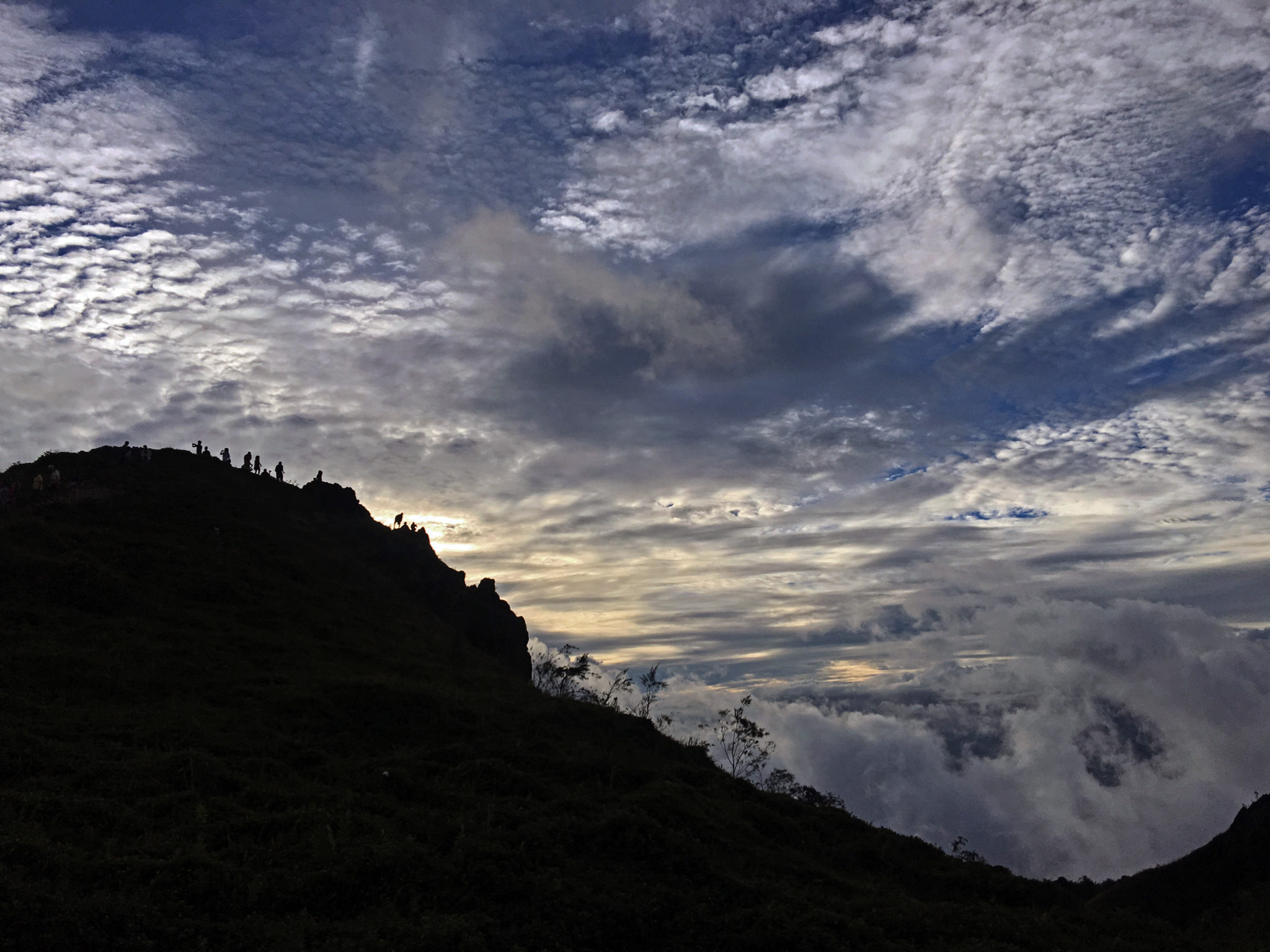 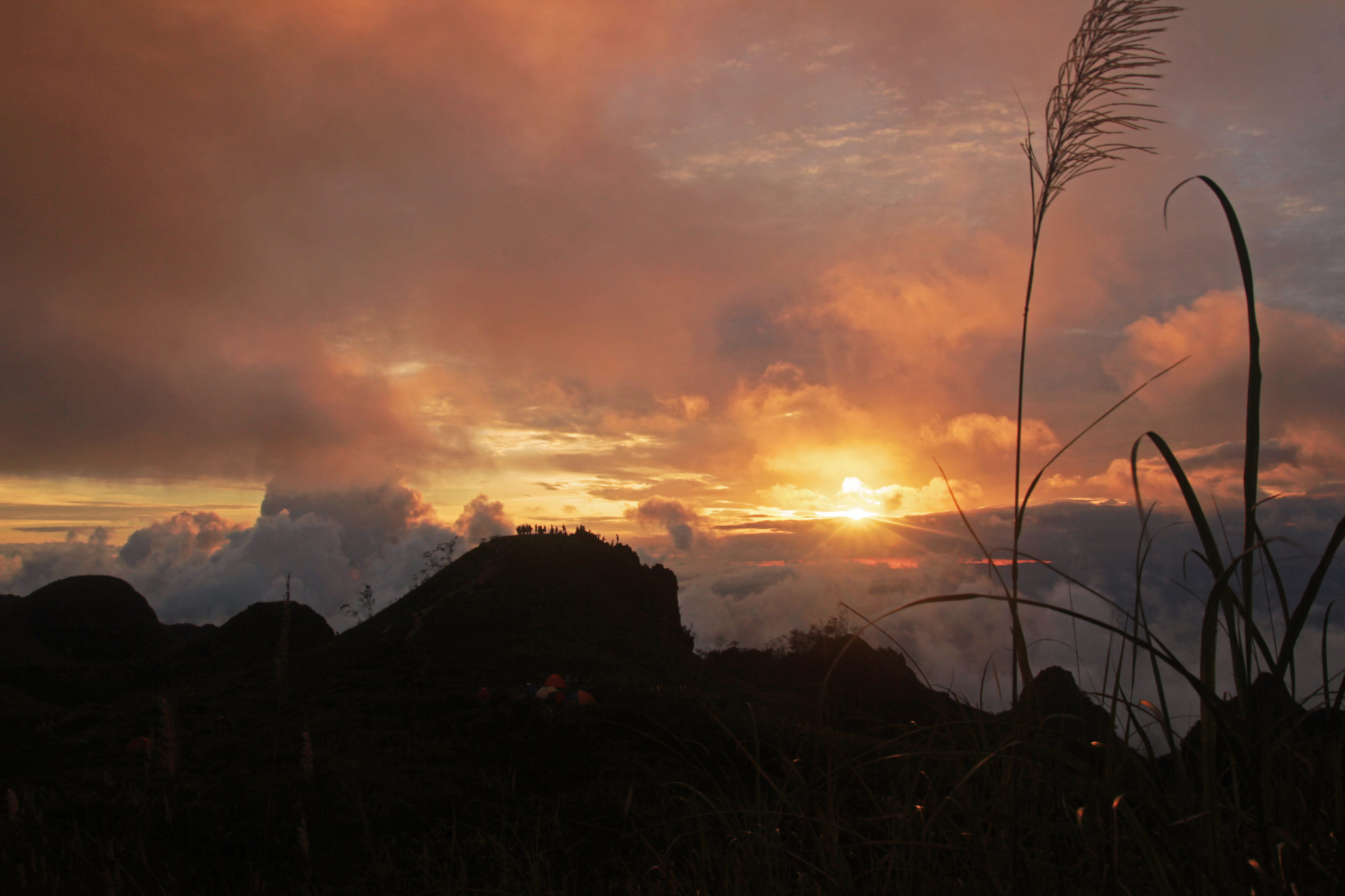 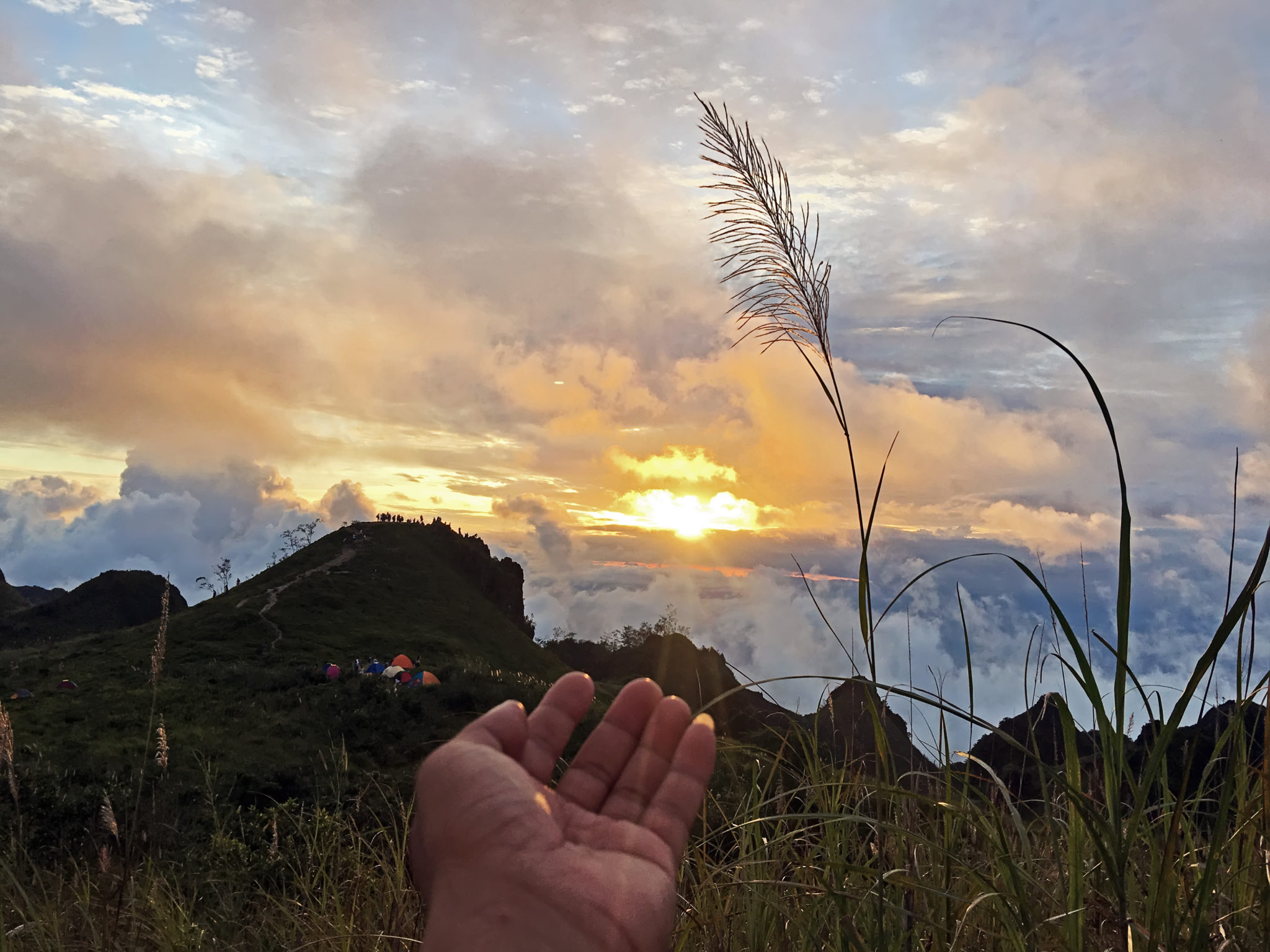 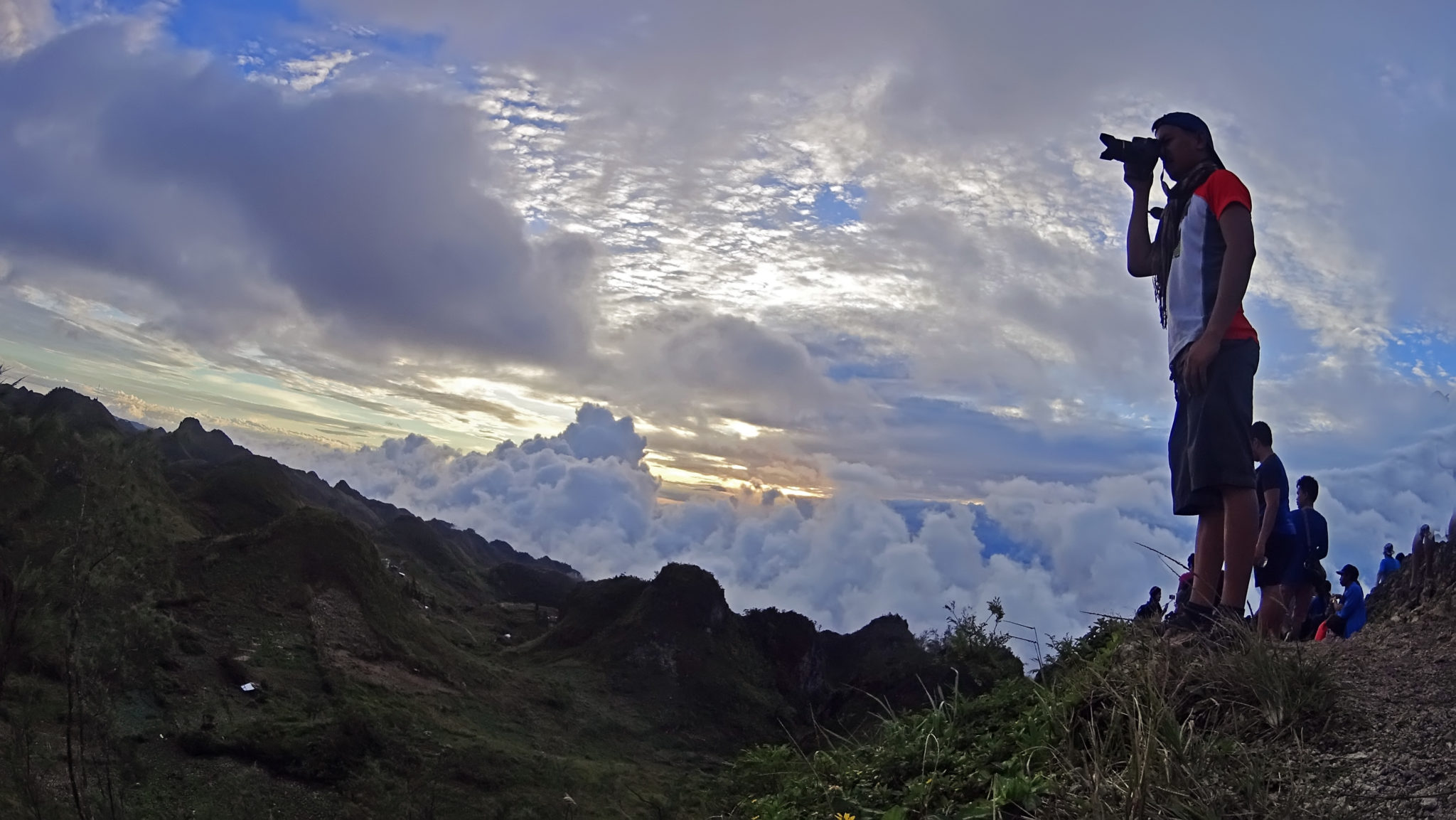 We had our dinner as early as 6pm. We had nothing to do again but to talk with each other. Everyone seemed even more comfortable that we had this silly game to make stories and translate it from English to tagalog, Bisaya and Ilonggo. Everyone had taken turns throughout the game. Few hours later we called it a night. Good night Bes!

Osmeña Peak has been known for its strong wind gusts at nighttime. We had few gruesome experiences before wherein our tents were almost damaged by the strong howling winds especially when the weather was too aggressive. We had this funny experience in one of our camp outs wherein other group of campers asked us if we saw their tent passed by! He meant if we saw their tent flown away by the strong winds.  (“Mga migo, kita mo ug tent ni agi?”). But this time, we were too fortunate that the weather was so friendly that we only experienced a little drizzle and a mild wind gusts throughout the night. Thus, everyone had a very good night sleep. 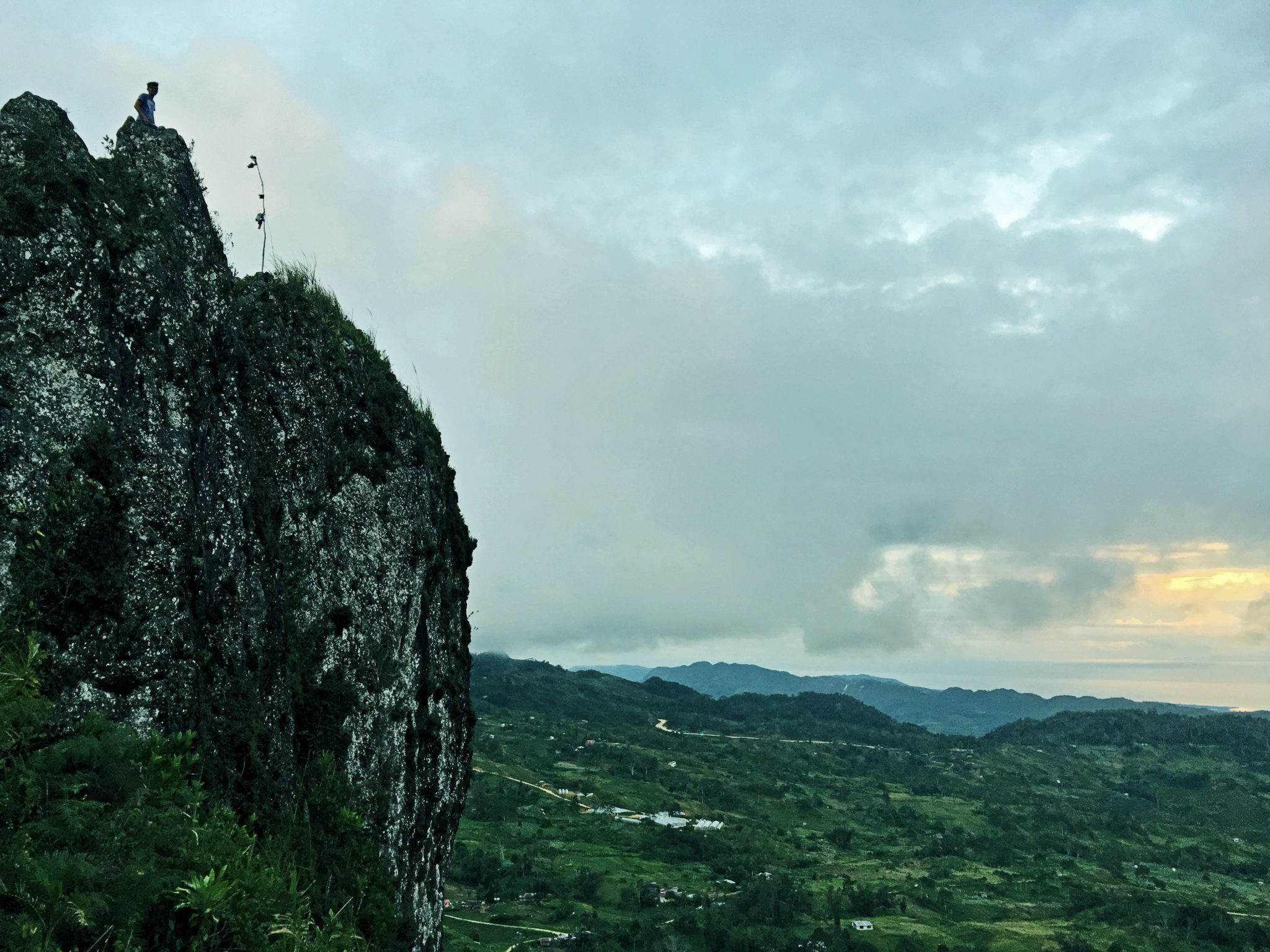 We’re awake, had our quick breakfast and broke camp to start our traverse to Kawasan Falls early. We were excited to reach Kawasan Falls for a dip as we had no shower for 3 days already. LOL. The traverse from Osmeña Peak to Kawasan Falls was a fun-filled journey. It was full of conversation with diverse and funny topics again that spiced up the mood of everyone. At some point, we found ourselves singing random songs along the trail and doing silly stuffs and silly poses in front of the camera. LOL. 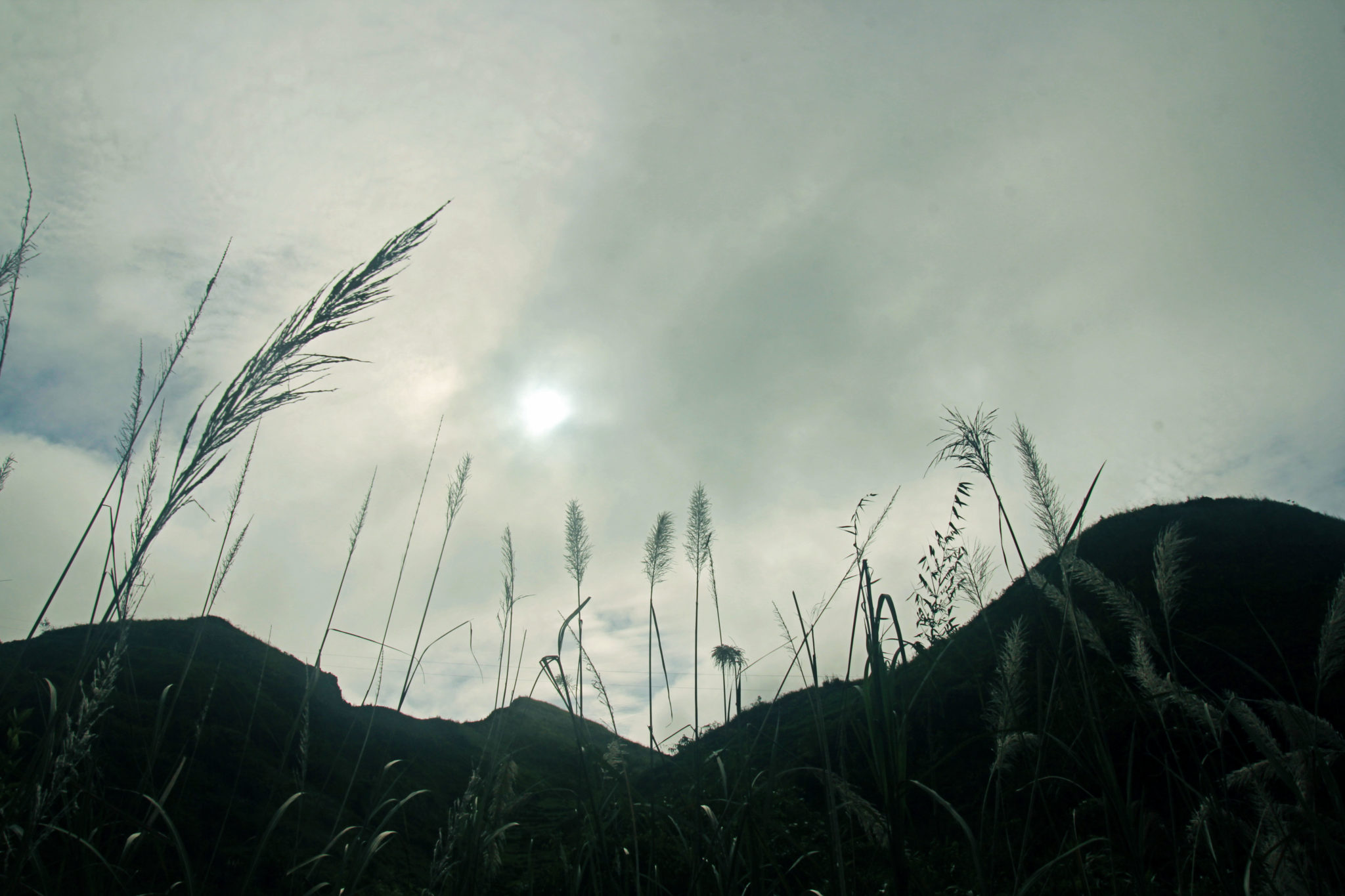 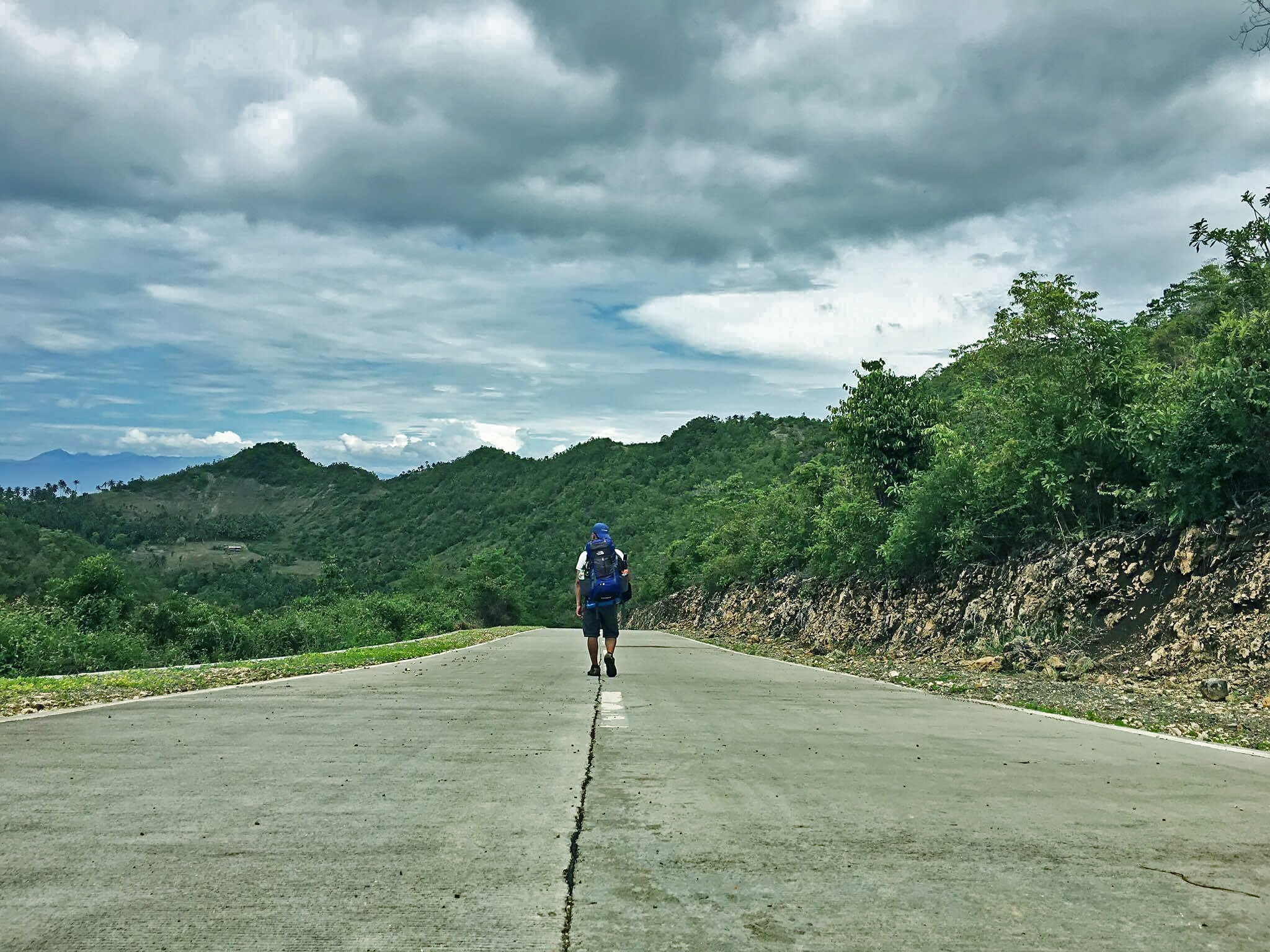 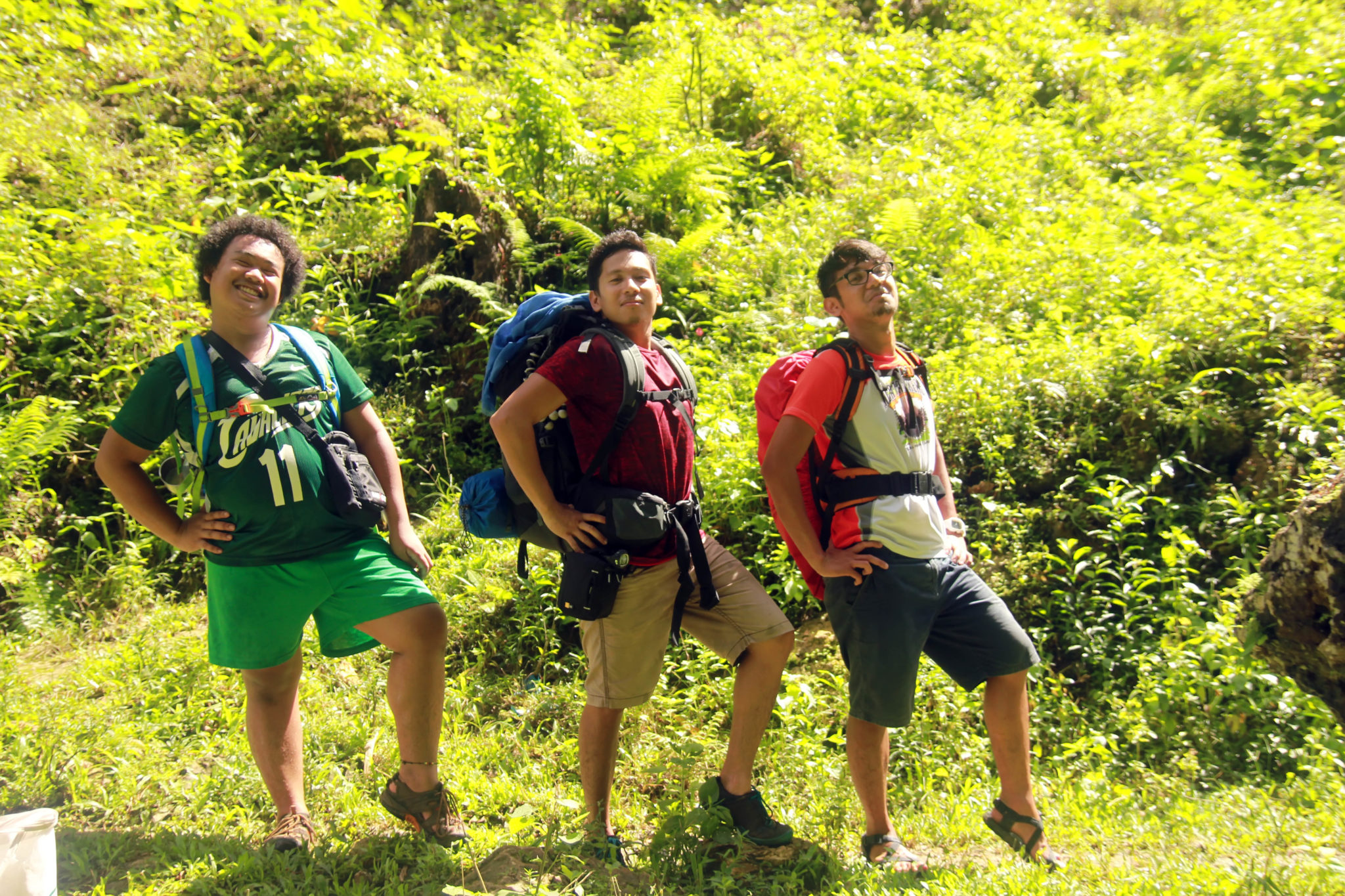 After 4 hours of trekking, we arrived at Kawasan Falls and had the ever wanted dip on its ice cold waters that made our strained muscles alive once more.

Here are few Need-To-Know information about Osmeña Peak that most travelers and tourists alike may not know at all or had a totally different info all along. 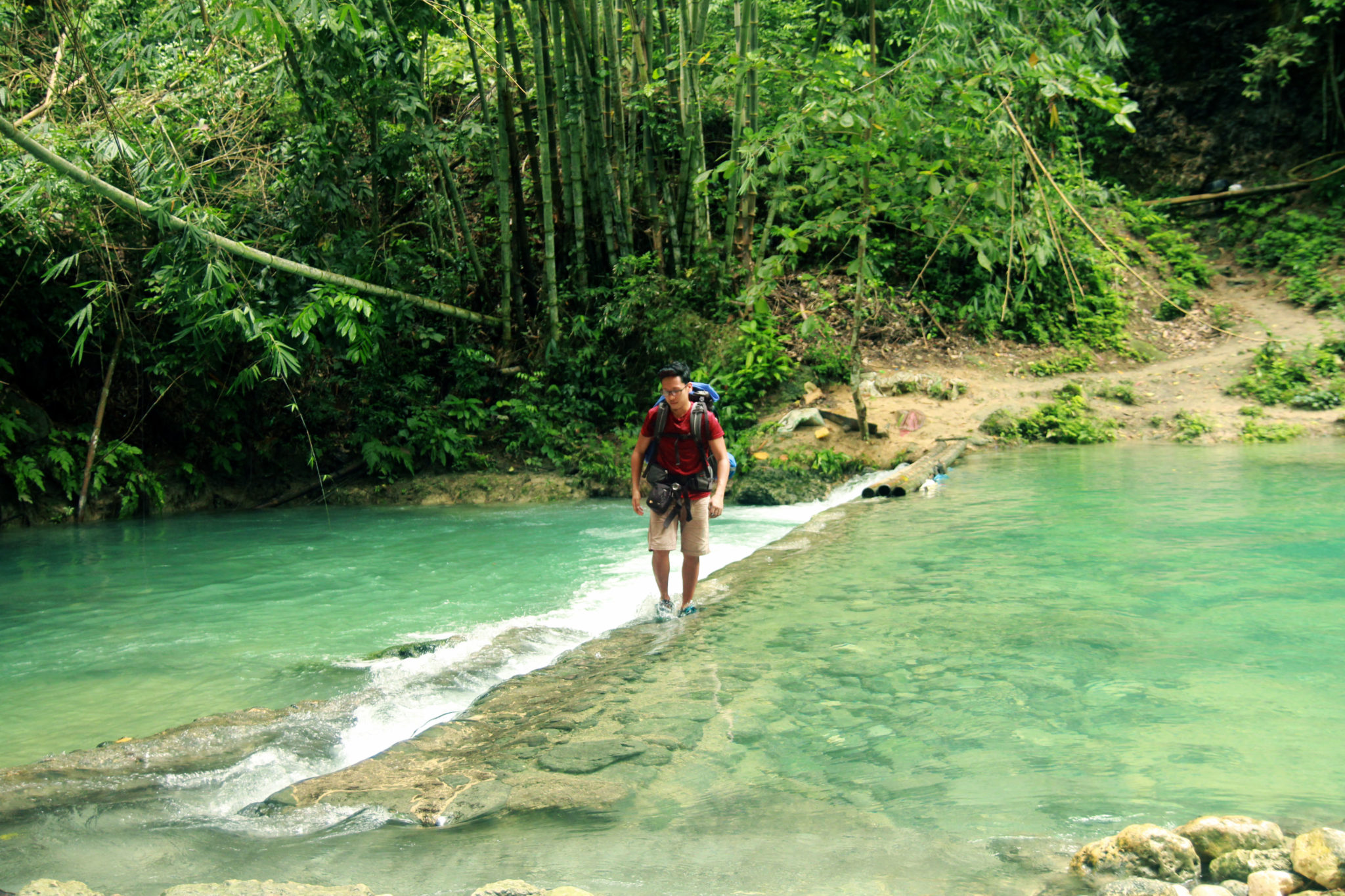 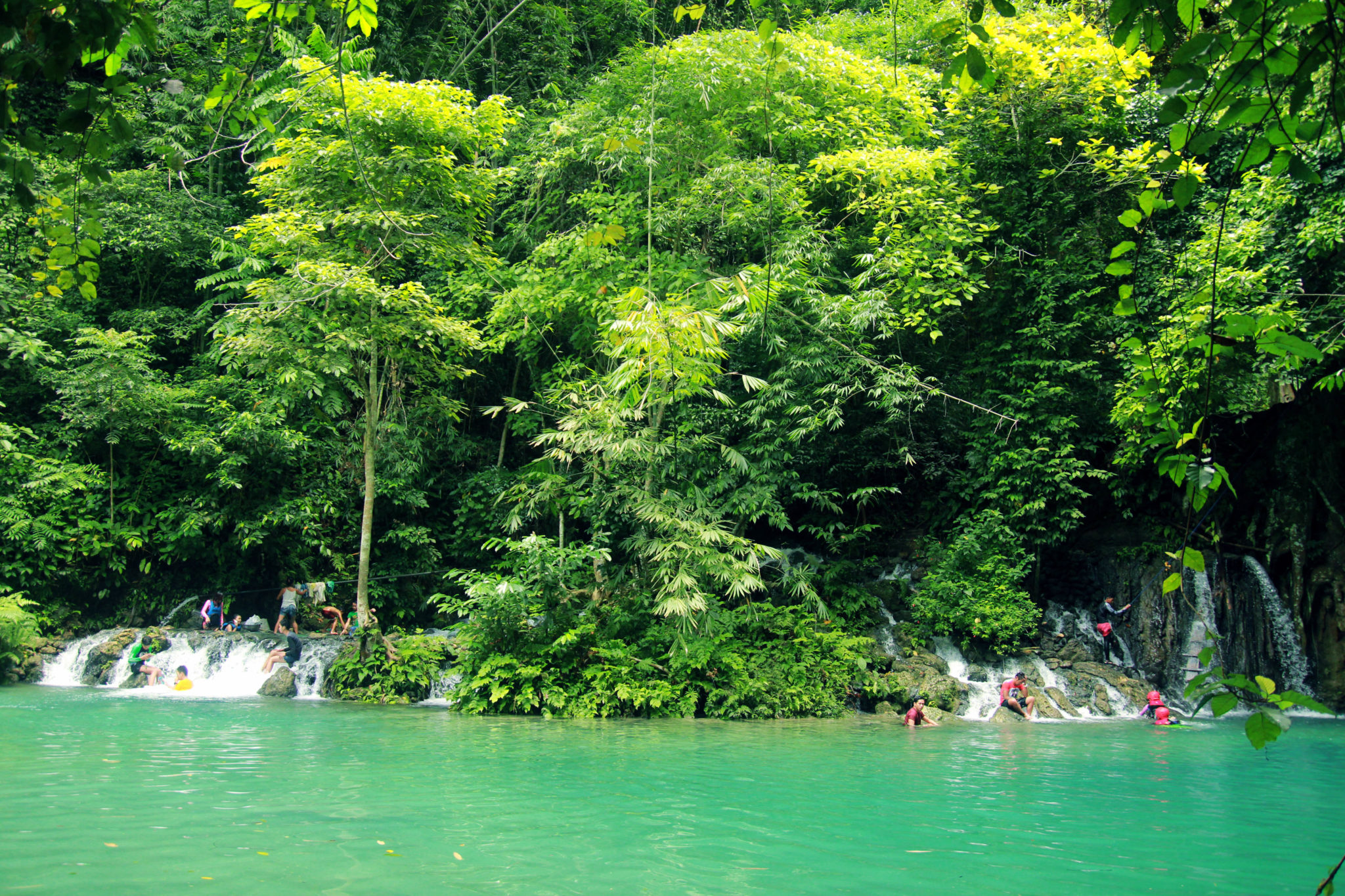 How about you? Have you been to Osmeña Peak? Don’t miss out your opportunity to visit and enjoy the stunning beauty that Osmeña Peak could offer you for free! Well the view is free but you have to pay the entrance fee! 😂

From Osaka Terminal inside Caltex Gasoline Station (Near Carbon Market)

Note: Food expenses are not included here, as you may have different preferences as ours.