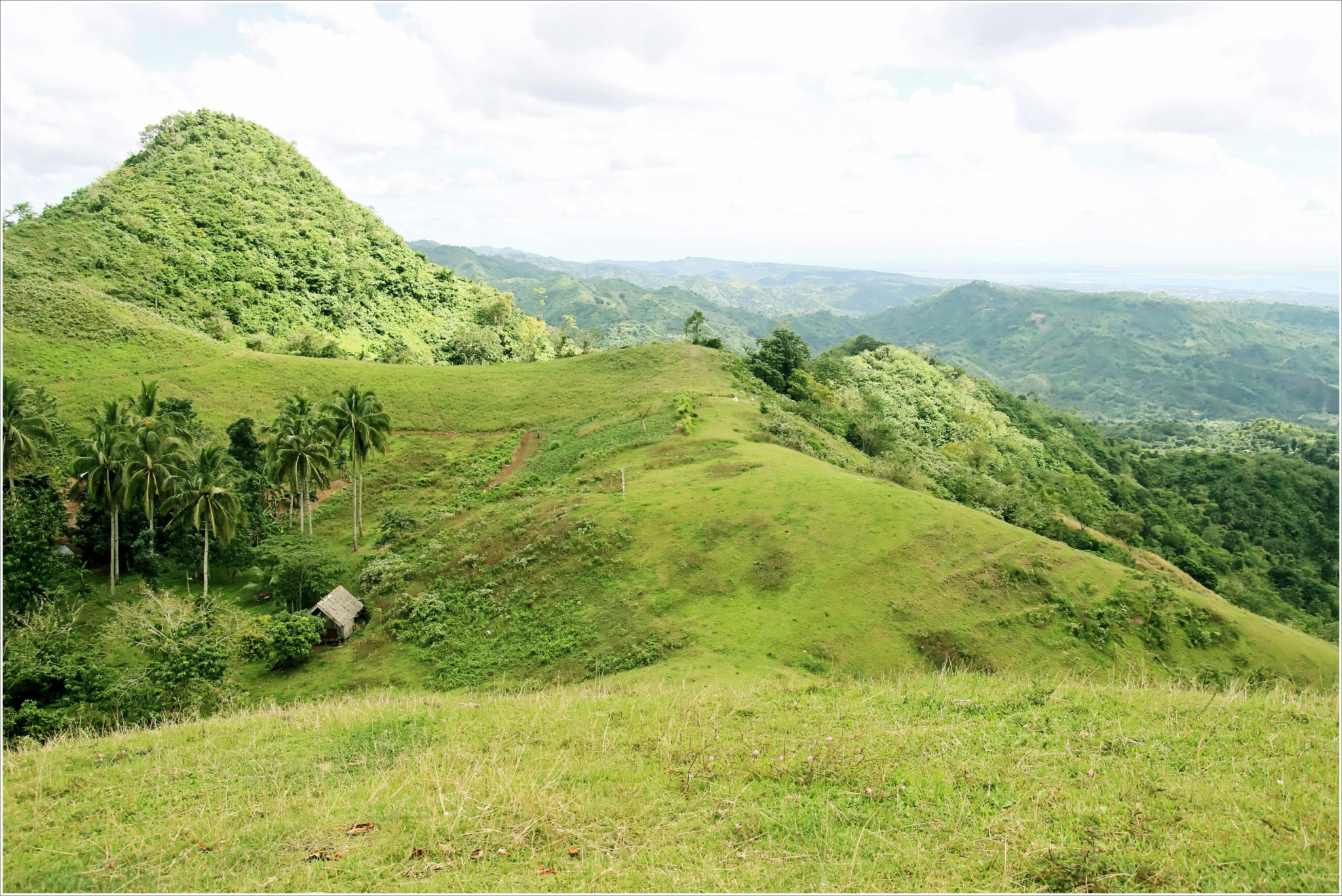 My previous trek and camp to Mount Naupa was just last December 29 – 30 , 2015 and it was totally awesome. This time is a bit different for few reasons. First is that, this time I am the President of the company outdoor Club “NCR Trekkers Club” and I will be bringing the trekkers and guests with me, not like before that I am just a member of the club. Second is that, I am new to the role as the election of officers was just the week before the climb date. Third, I am not really confident that I can perform the role well but thanks to the officers and members for the all out support! And few more but I won’t be enumerating all those here. 🙂

The monthly adventure of the club kicked off with the warm up trek to Mt Naupa with 41 participants; 20 NCR Trekkers and 21 guests. Among the 41 participants, 30 had chosen to camp overnight while the rest had just a day trek.

The event had officially started at the meetup place: Super Metro, Mambaling, Cebu City at 11:00 AM. After lunch and last minute groceries, the group hailed 2 cabs bound to Tungkop, Minglanilla, Cebu. At the junction going to Tungkop, near Tinong’s bakery, motorbikes/motorcycles can be hired going to the jump off at Sto. Niño Chapel at Baranggay Cogon, Naga. The group left from the Tungkop junction going to the jump off at around 2PM. All motorbikes took the Cantao-an route as the road via Guindarohan was still under repair and can be very rough and dusty. Due to the significant number of participants, some of us had to wait for other motorbikes to be back and take us to the jump off. There were quite a number of motorbikes there but given our number let alone they were hauling trekkers from other group that were ahead of us, thus the shortage had arise.

We arrived and gathered altogether at the  jump off at around 2:45 PM since we were hauled there by batches. One of our cabinet members, Elijah led the warm-up exercise before commencing the trek.

There were several participants who were first timers on trekking and some had previous experience but had stopped for quite sometime, so we need to be vigilant and cautious with our trek. Though the trek is very easy and it was kinda short, but to those who had no prior physical activities, it can be a real battle not to mention the scorching heat of the sun.

We commenced our trek few minutes before 3 PM with Analyn and Eddu on the head and me on the tail. Other officers were taking care of the matters in between.

The trek has more rests in between. I can’t recall how many stops we have had but it was nothing to worry about as it was still early though to reach the peak as the sun was still burning hot. The participants was subdivided into small groups along the way, some were having the picture taking, some were having card games on the shades near the shoulder of the peak while waiting for the sun to nearly set. Some of the groups including me, decided to proceed to the camp site, just below the peak and stayed on the shades with the others.

The remaining groups who were relaxing and playing at the shoulder resumed their trek at around 5 PM and caught up with the rest who were already in the peak.

We had a quick picture taking before the day trekkers started their descent back to the jump off. Few minutes past 5 PM, the 11 day trekkers left the peak, led by our trekkers adviser (the last year’s club president), Tats. And it’s worth mentioning the presence of our previous Club Adviser Jay Chan who still joined our adventures despite being with another company now.

The overnight groups started to setup the camp before nightfall and prepared dinner after. But before settling down, there was a slight differing thoughts on where to camp. We insisted on our group (Group 2) to camp at the peak, although it’s not a good idea out of respect for other campers to have a clean view of the peak,  but it seemed the camp site was already cluttered with tents from the other outdoor group who arrived ahead of us. We had observed them for quite a while since we arrived at the camp site ahead from other NCR trekkers, it seemed that they purposely cluttered their tents as if reserving some space in between them and they were shouting already even if its not socials time yet.

We had a feeling that they will be shouting more during the night, and they have some company to arrive soon enough, so the decision of our group to camp at the peak was final then. Some from had setup immediately their tents at the peak, but the space was kinda limited so we need to fit our tents. Some Group 1 members were hesitant to camp at the peak and decided to camp at the shoulder but after sometime, they joined the rest of the group instead.

The challenge is to fit all 15 tents of the 30 overnight campers in a limited peak space. We had arranged the tents to optimized the space but still, some of us were camping on the sloped area but it was totally fine with us.

After setting up camp, the groups had prepared dinner separately and had dinner afterwards.

Another challenge was the wind chills. The winds were getting stronger at around 7PM – 9PM. Some were worried that it might damage some tents but we assured them that wind chills will stop at later time of the night like in our previous camp in there. Good thing was, it really stopped and it was around 10 PM, a bit earlier than last time. Also, it was note worthy to know that it was a bit colder and breezy in the peak than in the shoulder. In the other hand, there were few more campers who arrived at night who joined the group camping at the shoulder with 27 tents in total that were setup on the shoulder. Camping at the peak was a good decision indeed as the group below us was really noisy until morning!

After dinner, the so-called socials is a must. The other group was already playing games while we were resting inside our tents for a while. Little did we know that they waited for us to join them for the socials, so we hurriedly went out of our tent to join the rest of the group who already gathered together and bring the 2 bottles of wine we brought for the occasion. LOL!

The socials started at around 10 PM. It was started by our energetic Trekkers executive secretary, Kresia Julio of the “TheWanderFullLife“. Everyone has to introduce one’s self and a bit more then had to drink wine after. It went on until all the participants had their share of introducing themselves.

The socials went very well and fun-filled in some sort with all the  “hugot” lines from some participants. After the Getting To Know Session, the popular card gaming of the trekkers has resumed. But the introverted side of me kicked in and I chose to separate myself from the group and chose to stargaze right outside my tent. After the games had ended, few trekkers joined me in my solitude and had small yet serious chit chats until few minutes before 4 AM.

The camp was awake as early as 6AM. But the lazy me decided to just lie down until 6:30 AM to help the rest of our group preparing our breakfast. Breakfast was served at 8AM and break camp at 8:40AM. Everyone was ready to go by 9 AM.

Initial planned route was just back trailing since we don’t know another way at first, but one of Krings guest, Liz Burra of “LitratoKo”, suggested that we had to exit via Lanas as she knew the trail. We left the camp site at 9:05 AM. 4 overnight campers had to back trail as they had early appointments and separated ways with us. Back trail group was led by Joshua and our group was led by Liz Burra.

The trail going to Lanas was also an easy descent but when we reached at the concrete paved road, it was kinda causing muscle strains in our legs. Some had to walk backwards to minimize leg pain but some of us opted to just ran going down.

In less than 2 hours with several stops in between, the group arrived at Lanas Higway and waited our ride going to City of Naga. Mostly had opted to just go home directly but few of us had chosen to have our lunch at Naga Baywalk.

We had arrived at the City of Naga after around 20 minutes from Lanas. The rain has poured as we were looking for some place to eat in the Baywalk area but the rain was kinda refreshing than the scorching heat of the sun though!

After lunch, the group agreed to hail a cab going to Punta Princessa – back to the place where the event had started. And that ended our monthly Trekkers outdoor activity. Till the next adventure!

Also, you can have a glimpse of the adventure by watching this video here.

Have you been to Mt Naupa? What trail did you take? How was the experience? Let us know your thoughts by leaving a comment.

Some Pics were grabbed from Miss WanderFullLife.