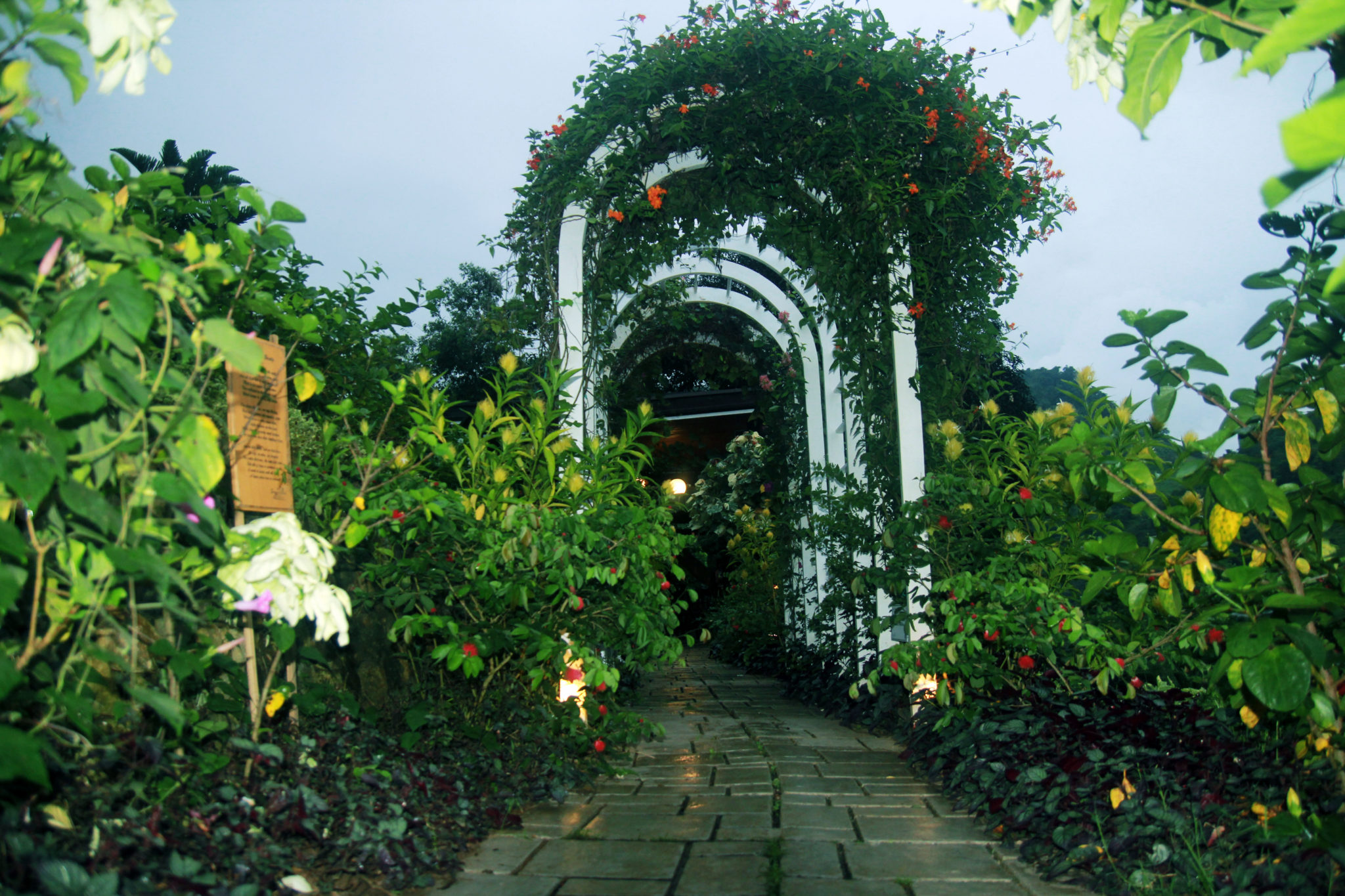 Busay has been known for tourist spots like Mountain View Nature’s Park, Temple of Leah, Chateu de Busay, Tops Skyline Garden, Rancho Cancio, Serenity Farm, etc. Being one of the frequented place in the highlands of Cebu, Busay has a lot to offer aside from the mentioned already. City view is really stunning at night at Tops Skyline Garden and a special dinner date with family, friends or loved ones can be possible at Lantaw Restaurant near Mountain View Nature’s Park.

With that said, who would have thought that all these days, there is a botanical garden that lies hidden on the sloping hills of Busay? It is the Terrazas de Flores Botanical Garden that is located in Barangay Malubog, Busay, Cebu. Terrazas de Flores Botanical Garden boasted its beautiful terraces of flowers of different species consisting of around more than a hundred of Cebu’s own local flower varieties. 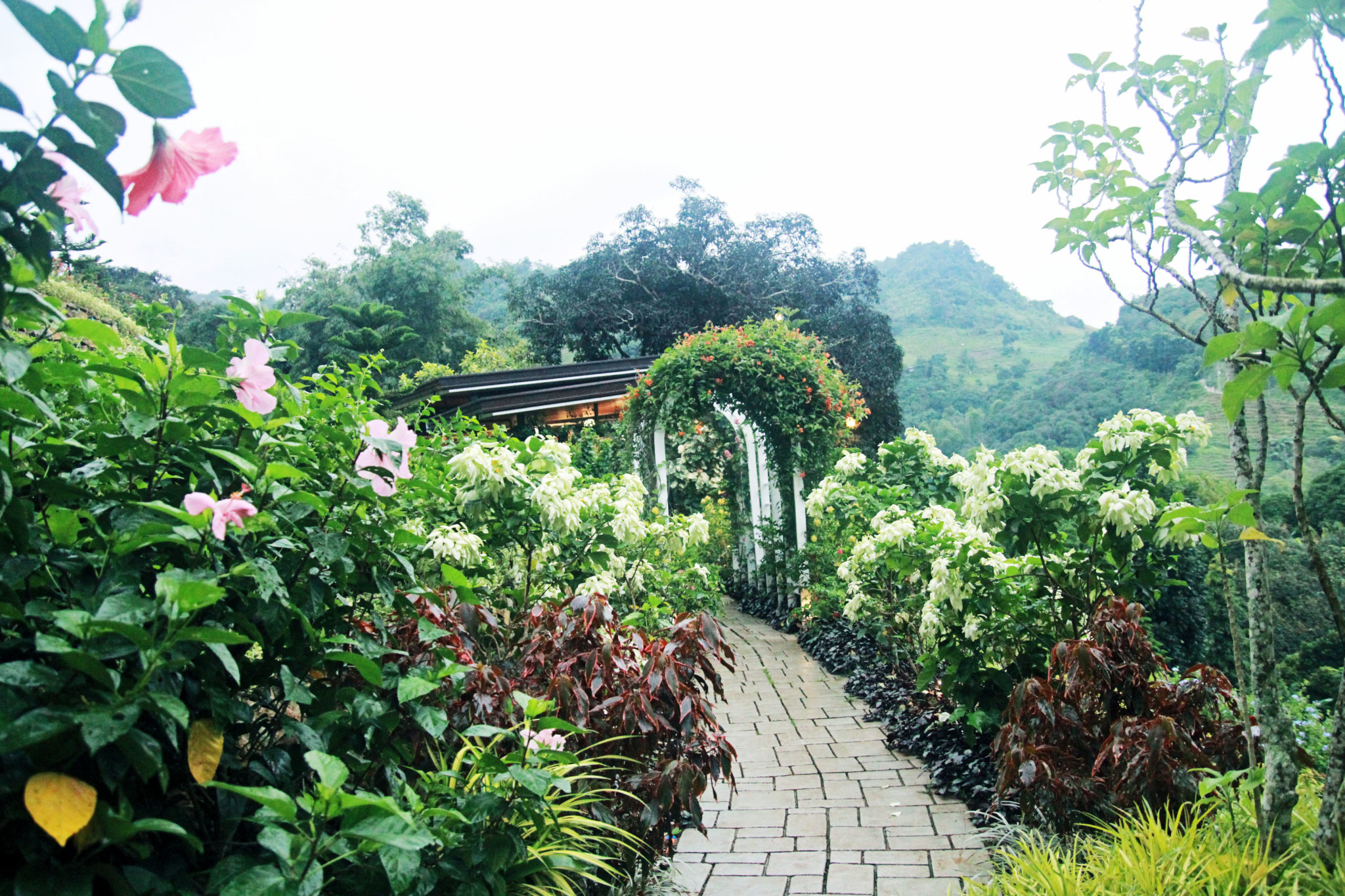 Terrazas de Flores Botanical Garden is located along Trans Central Highway in Barangay Malubog, Busay. It is just few meters away from La Tegola, Busay and the entrance is just right across Malubog Integrated School. From Cebu City, it will be at your left and of course at your right when coming from Balamban.

This Terrazas de Flores Botanical Garden is the first terraced botanical Garden in the Philippines, per se. The garden has just opened recently last October 1, 2016 and it caught our attention prompting the 3 wanderers to pay a quick visit of the place over the weekend. 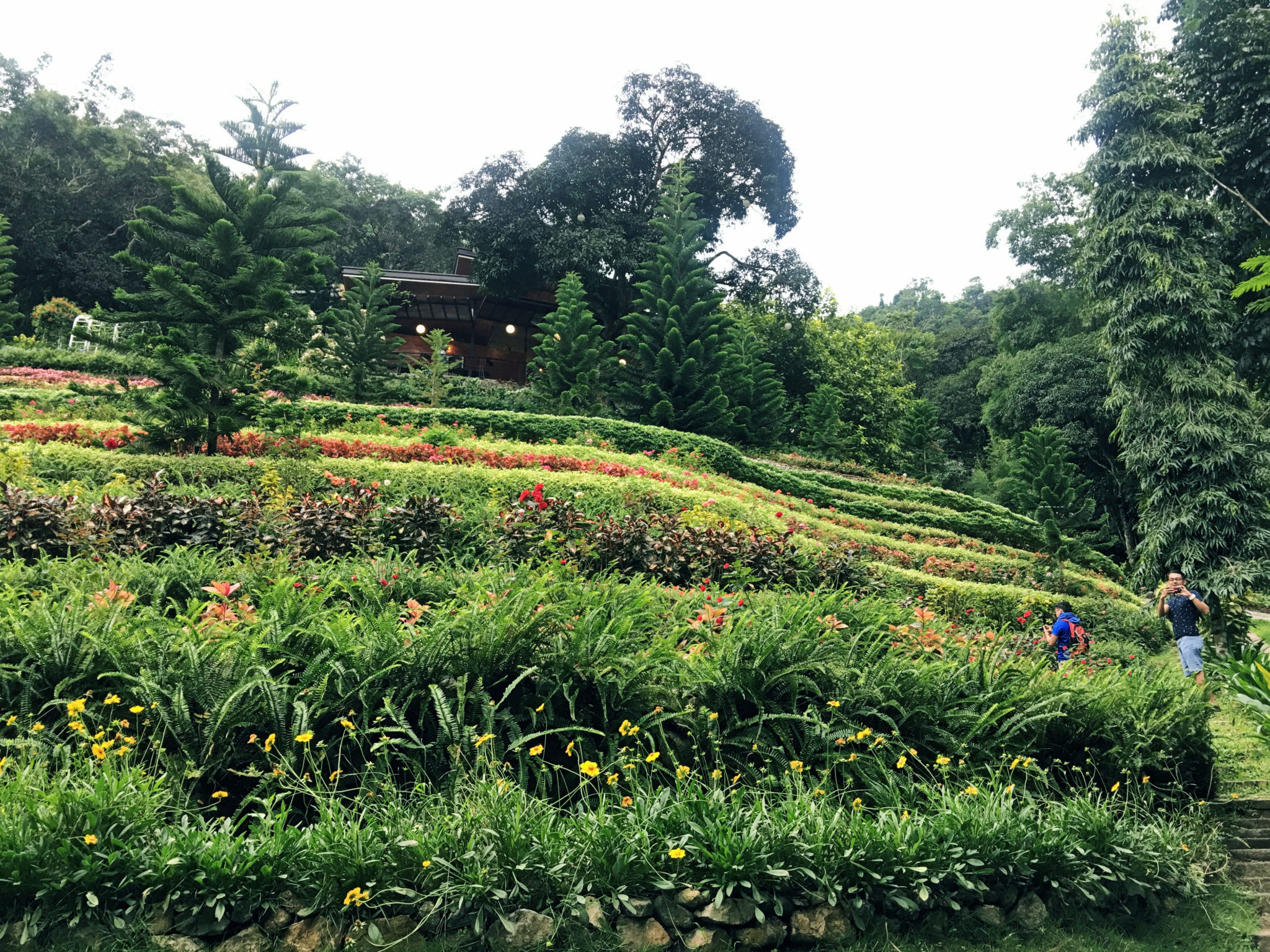 Last weekend, the three wanderers foureyedlaagan, WanderingFeetPH and yours truly WanderingSoulScamper agreed to visit Terrazas de Flores Botanical Garden. We went there by motorbikes at around 4PM in the afternoon.

The three wanderers had no enough sleep from the previous night out. But that doesn’t stop us to pursue our plans. As we went up to the Terrazas de Flores Botanical Garden and headed to the coffee shop to pay for the entrance fee, we felt a bit groggy and sleepy still so we ordered coffee. We had our gadgets out, as we took pictures on our way up. We had some short of chit chats with the attendants in the coffee shop. Upon finishing my orders, unknowingly Miss Joy had been listening to us attentively as we made jokes to the cashier and the barista and she eventually started a conversation. 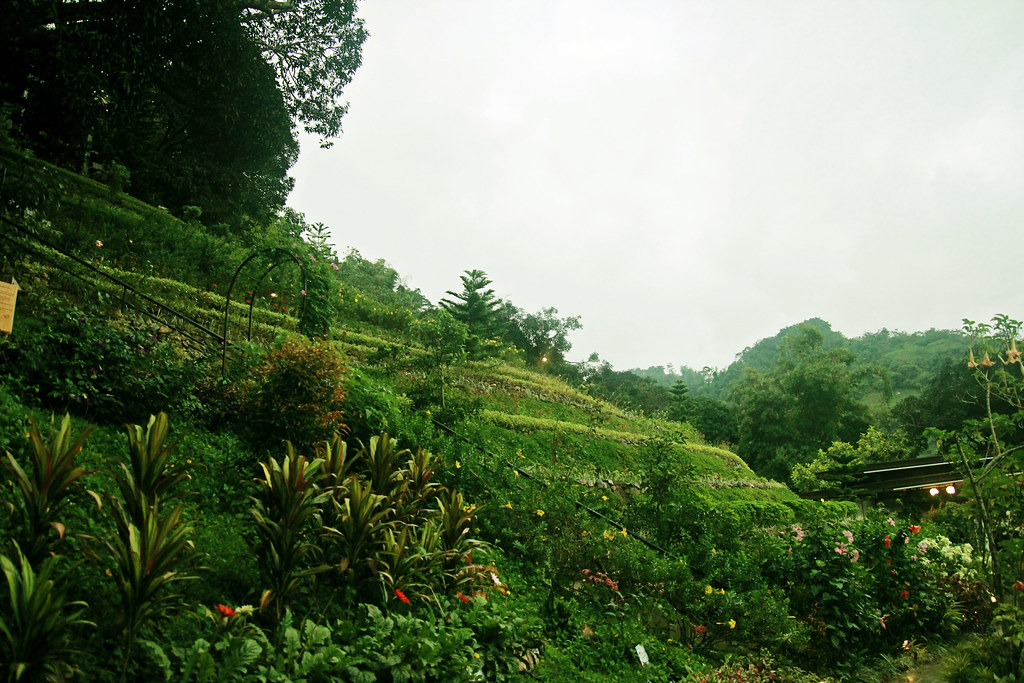 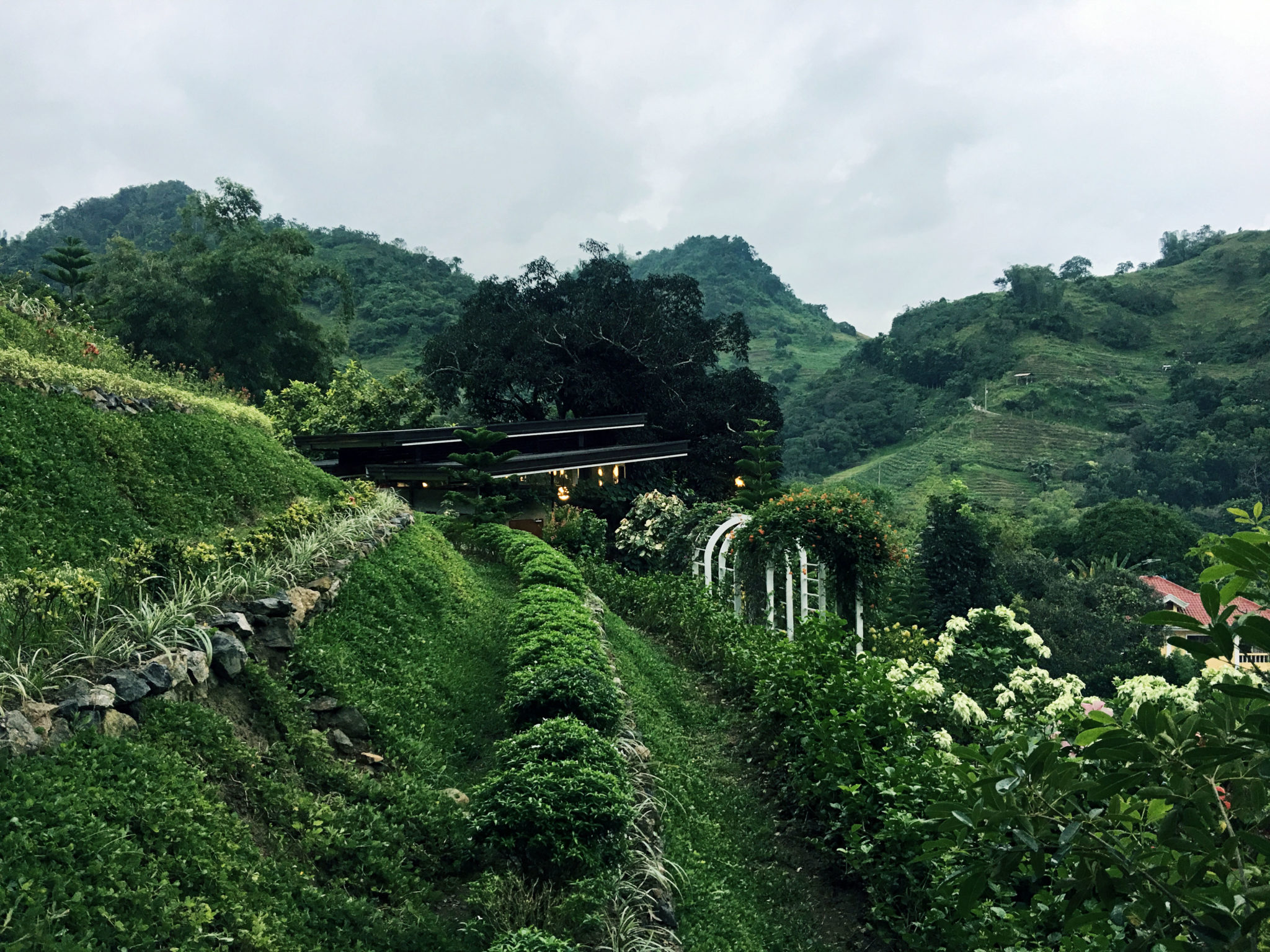 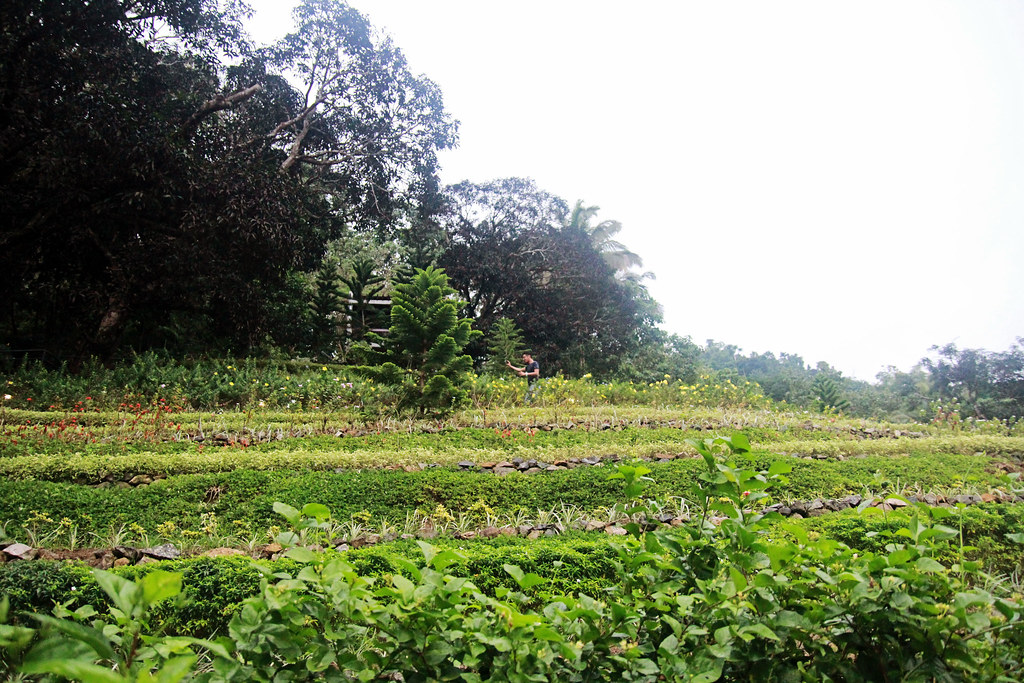 She was asking me from where we learned about Terrazas de Flores Botanical Garden. I just smiled and say, we learned it from our fellow blogger who just recently visited the place and then I told her that we might be blogging about the place too. She is very friendly and thankful and asked where she could check our blogs. We had a short talk and then I joined the two wanderers who had been taking pictures of the place already. 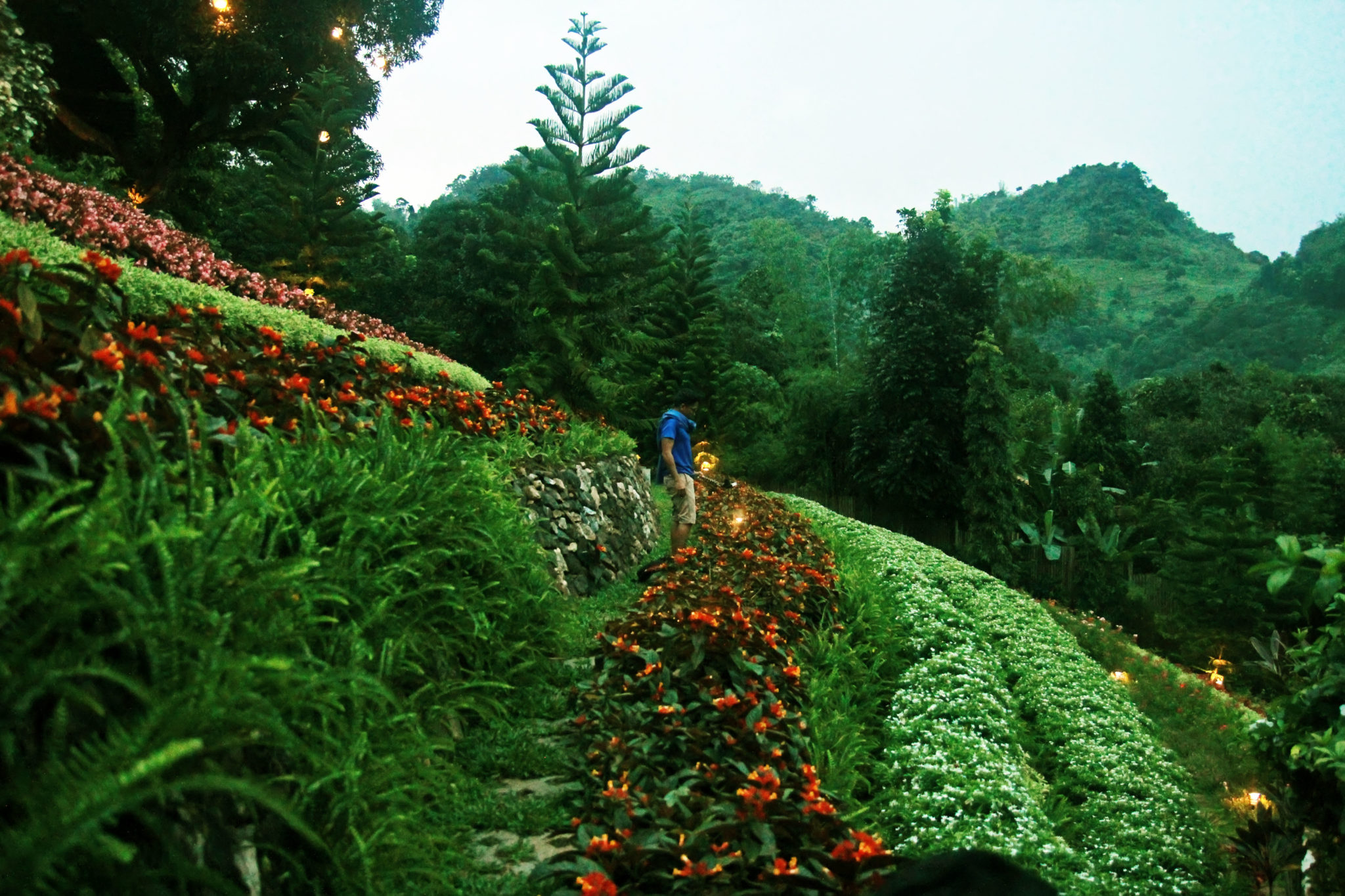 Few minutes after and the rain had poured, we immediately took shelter in the coffee shop. It was timely that the barista just paged us that our orders were ready. Yes, they had speakers put up all over the place and played relaxing music. Just few moments after our boisterous laughter and few crazy video episodes, Miss Joy joined us where we had a chance to asked few facts about the place. 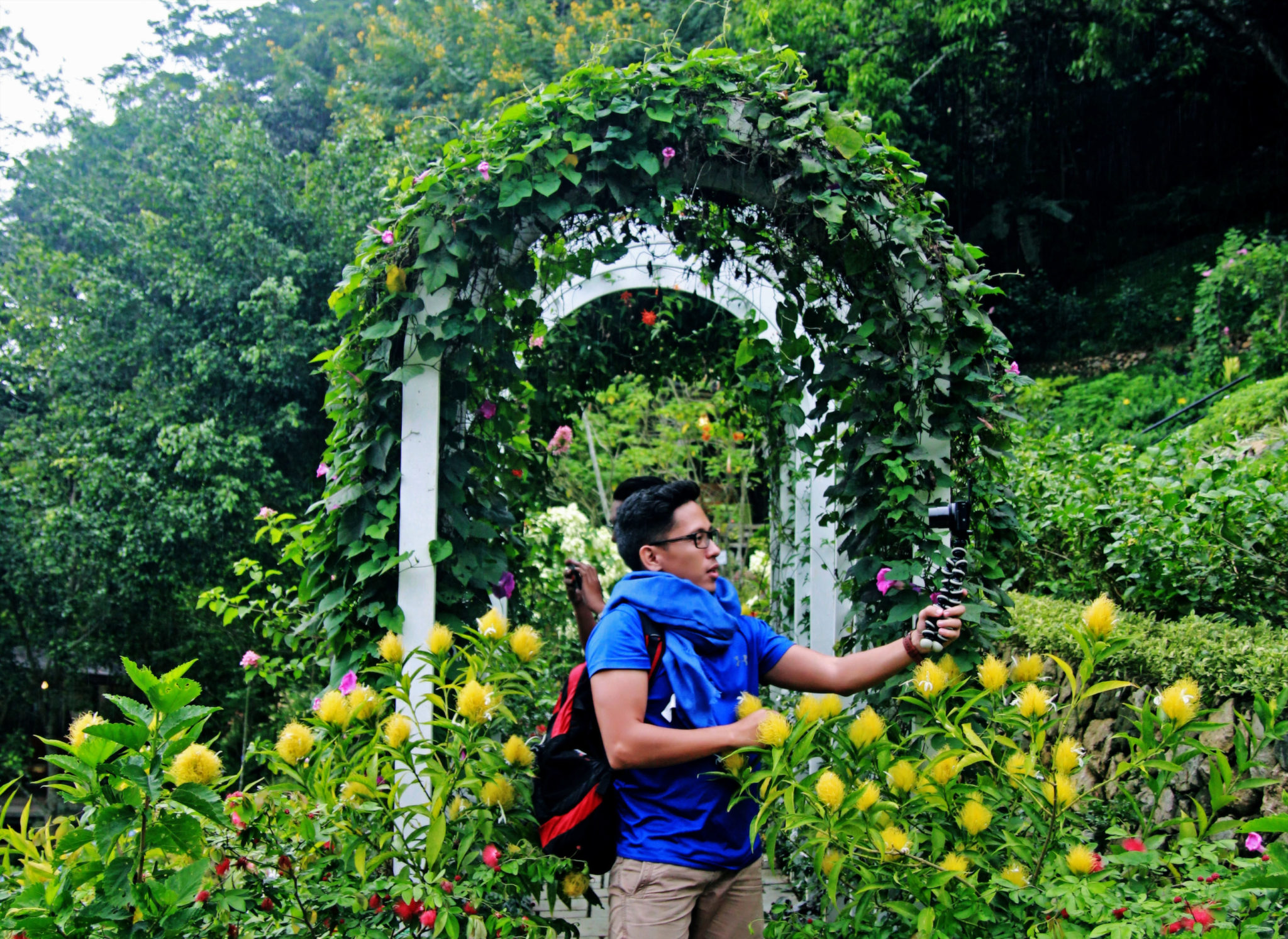 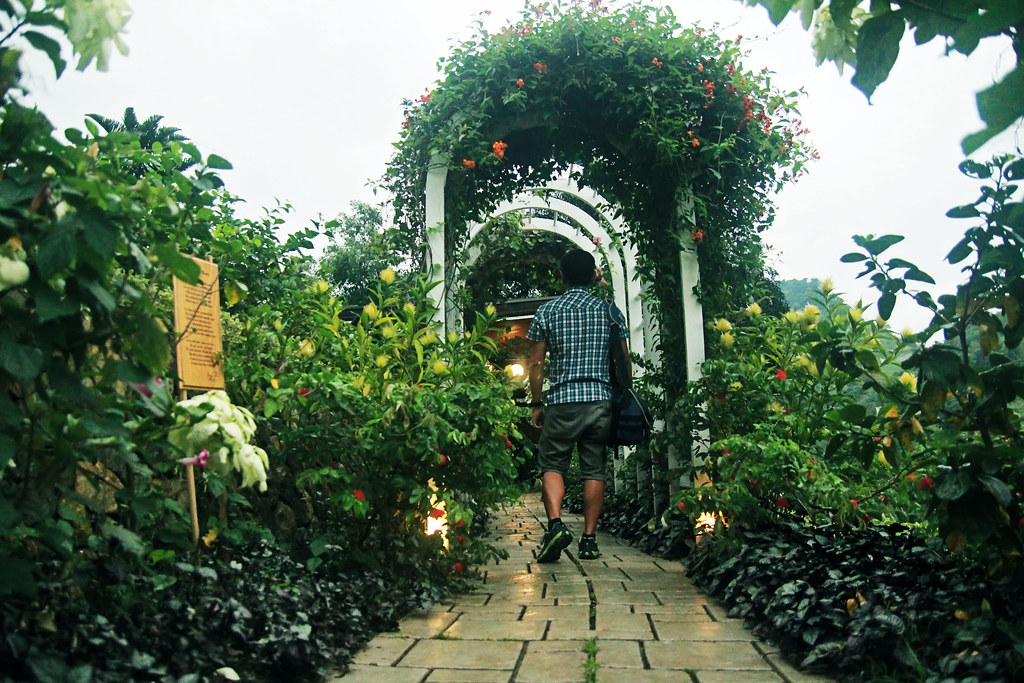 According to Miss Joy, the Terrazas de Flores Botanical Garden is designed to showcase local flowers. The flowers are meticulously arranged on a mountain slope to form terraces. She said that it took about 7 years of hard work. The whole idea was conceptualized by a father who happens to be a co-owner of El Salvador Resort in Danao, City.

The owner wanted his 2-hectare parcel of land in Malubog, Cebu City to be developed into a flower garden where he and his three children could bond. Wow! A sweet father indeed! For the owner, the creation of the garden is one way of expressing his love to his children. The Terrazas de Flores Botanical Garden was not completely developed yet as of this writing. I am honored that Miss Joy told us few more insights about the future plans of the garden. In addition, she even told us to wait a little longer to wait for the owner and maybe meet the owner in person but we need to go back to the city as it was getting late already. 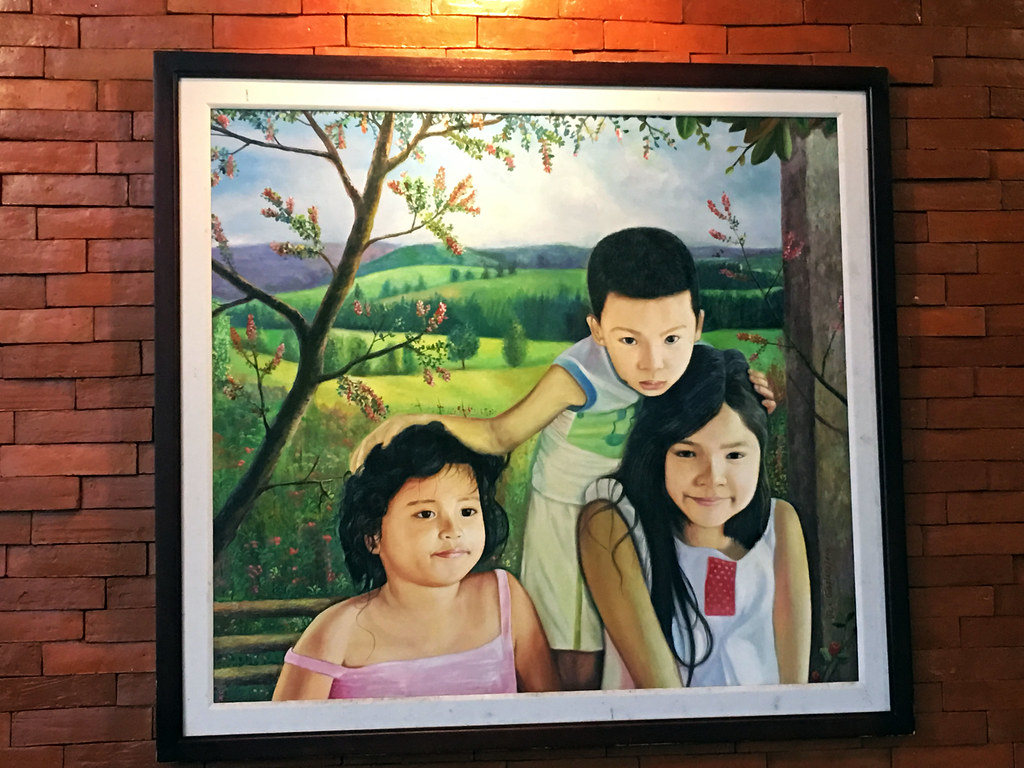 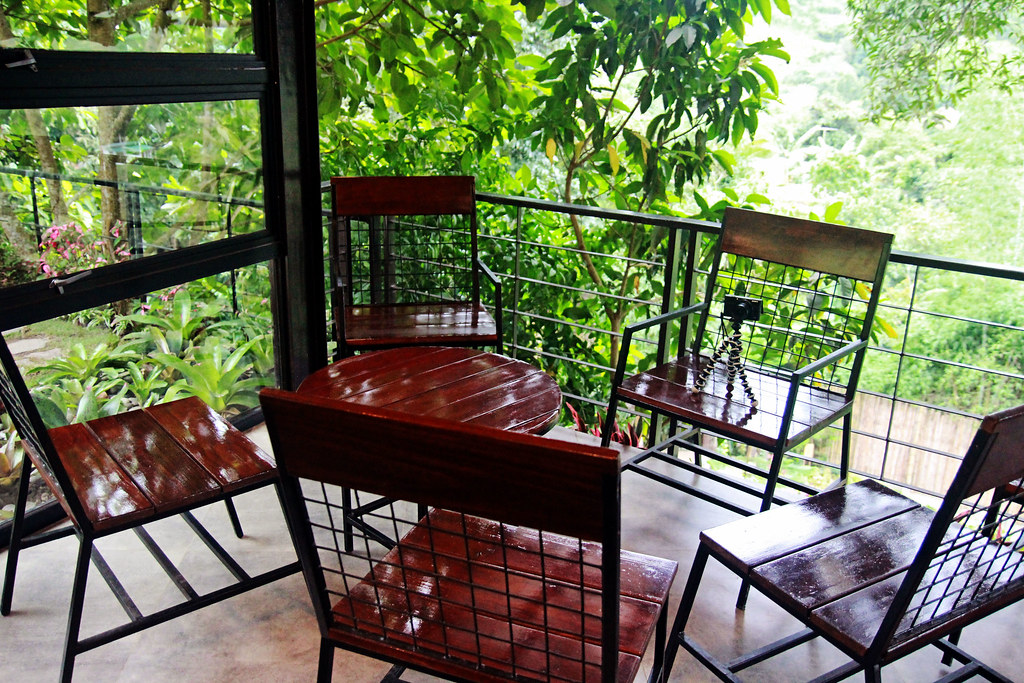 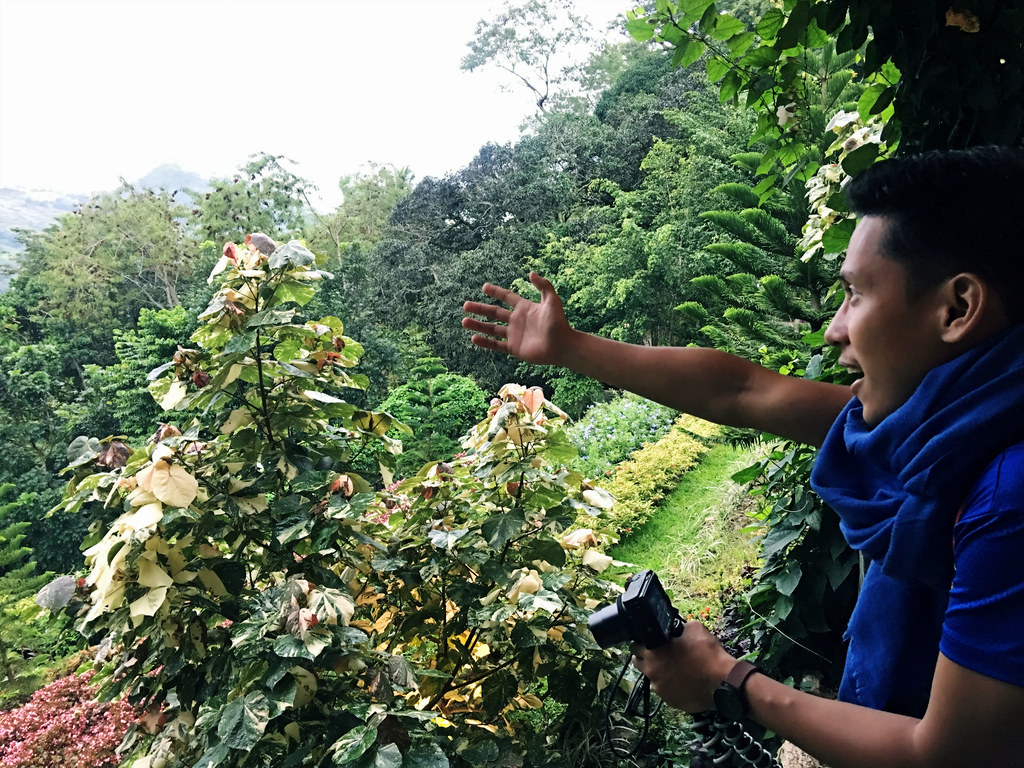 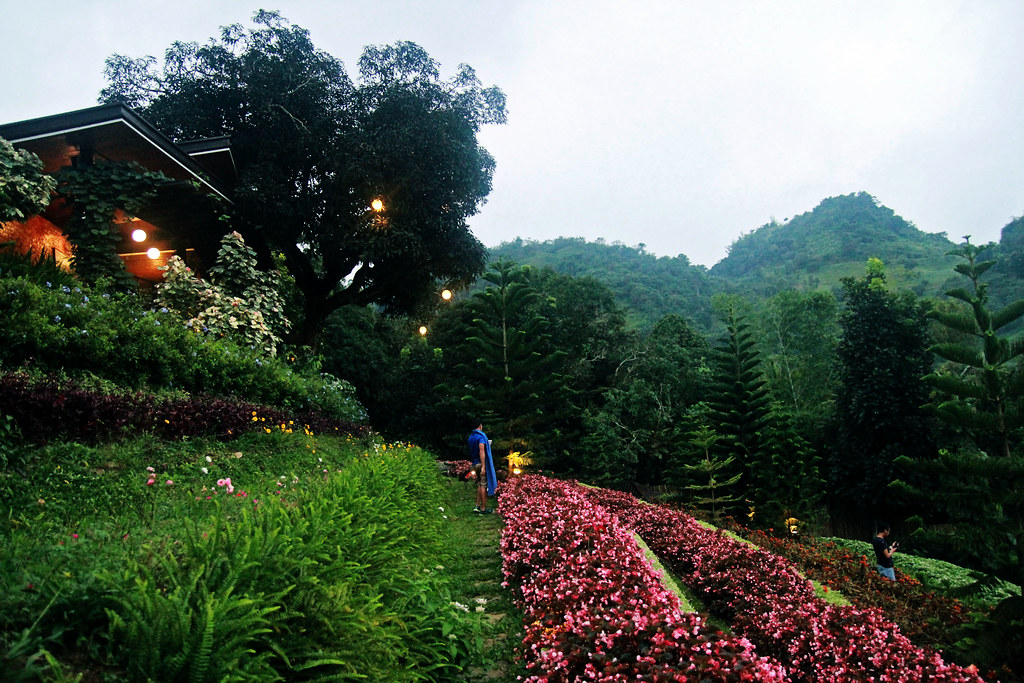 How does it feel when you are walking in the garden full of these local flowers? While these flowers may be overlooked and ignored as they are really common locally but they made it more eye pleasing. Though the variety of flowers were not new to me, but the concept and the way the flowers were arrange in terraces, were just stunning. The view was really picture perfect or shall I say kind of instagrammable? 🙂 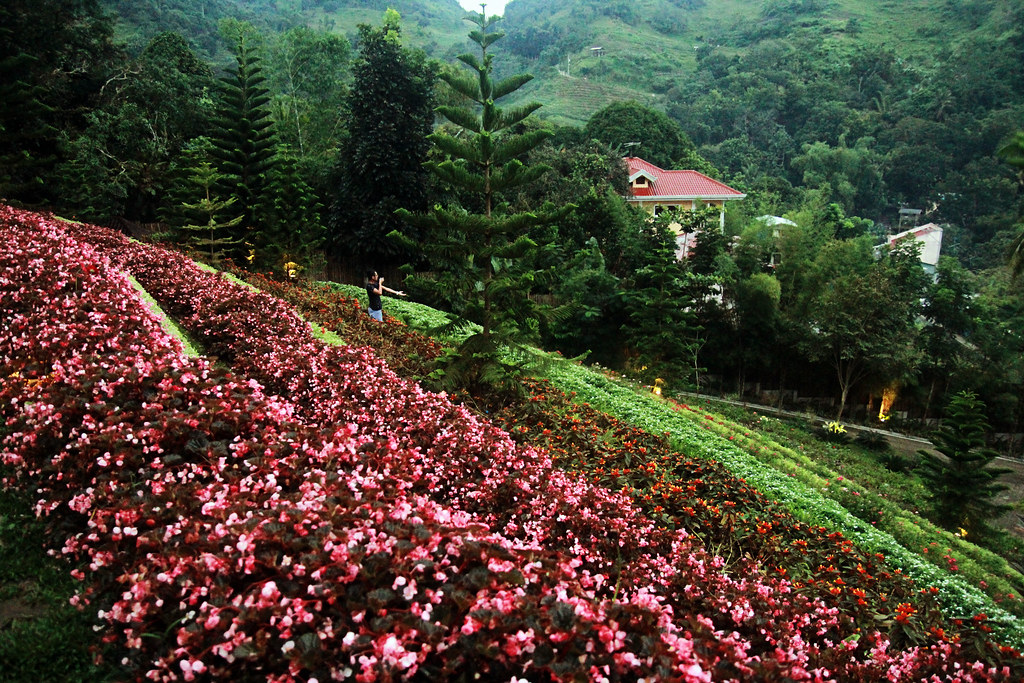 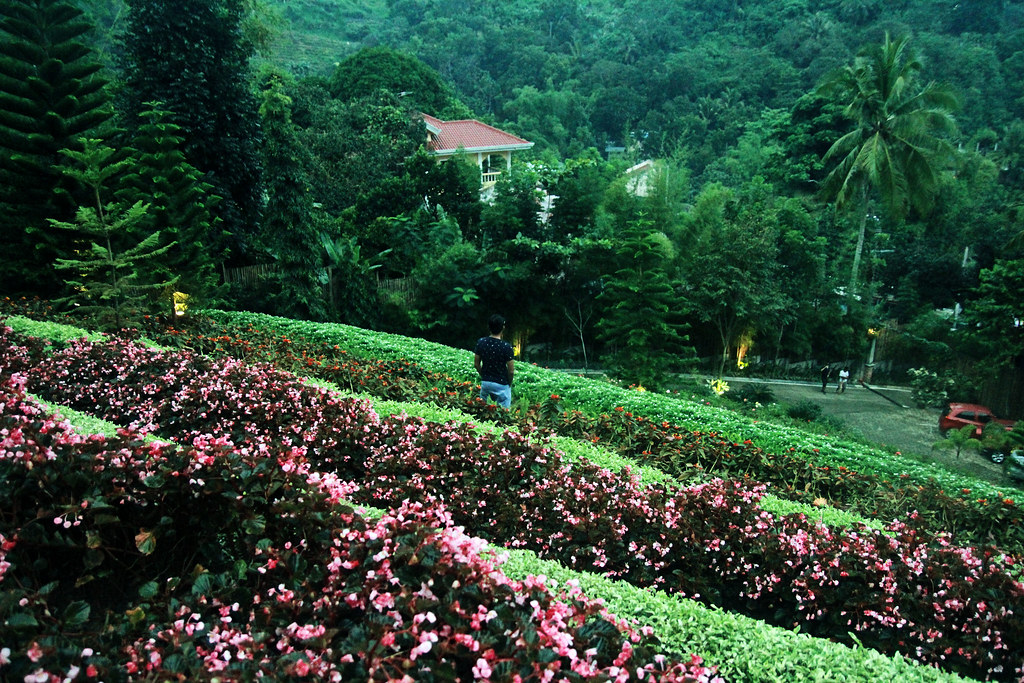 Furthermore, they have few huts around that can be rented for 100 pesos per hour. There were speakers on those huts that were connected to the coffee shop playing those cheesy songs 🙂 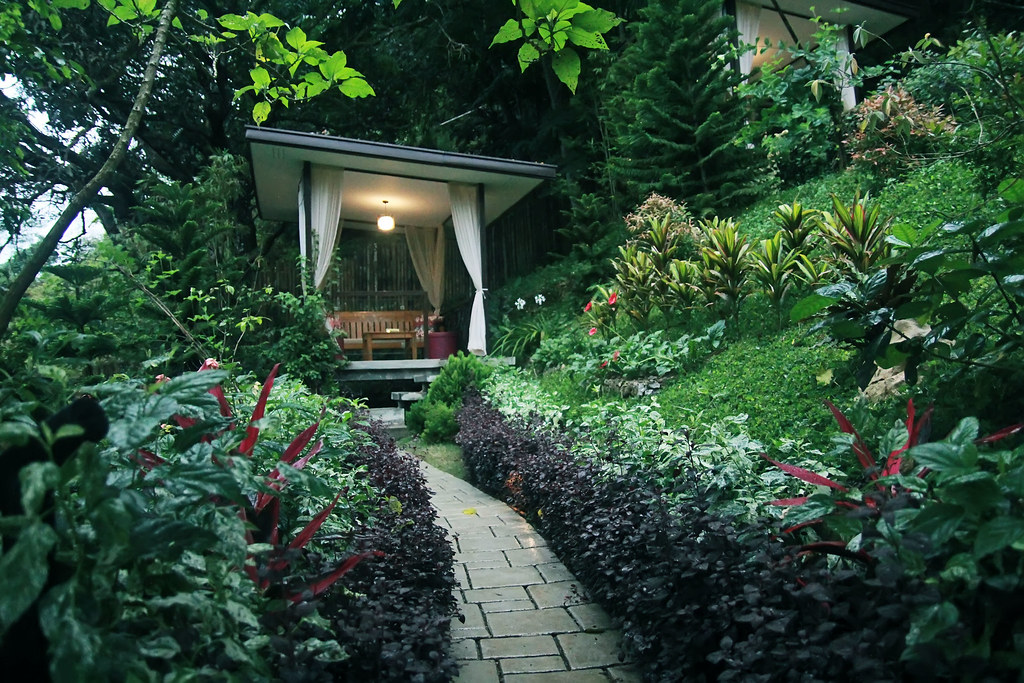 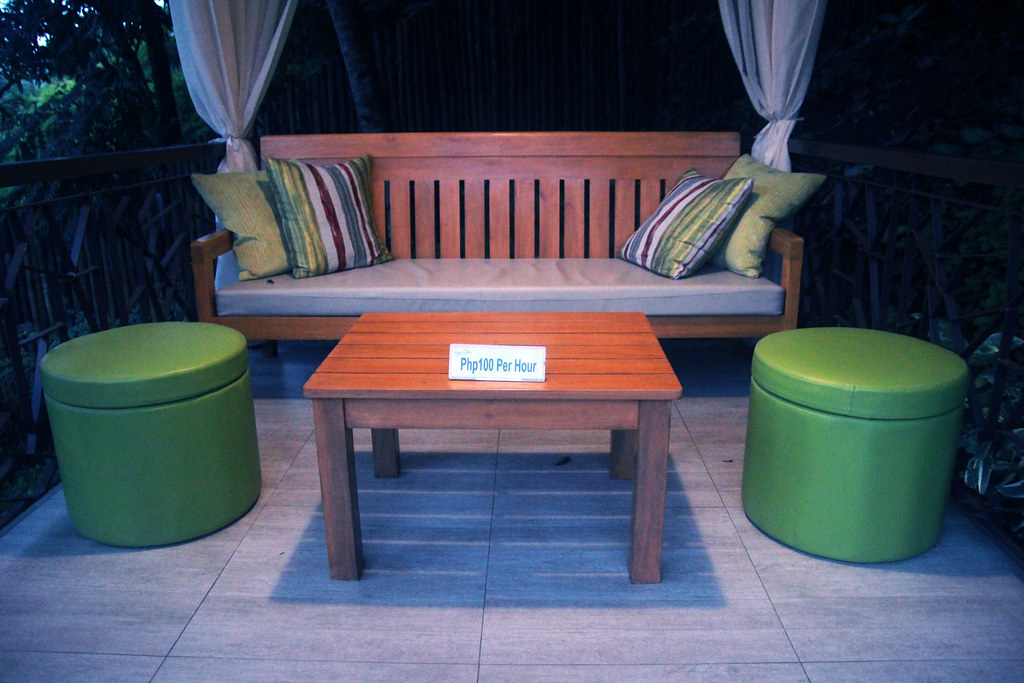 Terrazas de Flores Botanical Garden is less frequented by tourists to date unlike the Sirao Flower farm wherein you can’t almost get a clean shot without the crowd on the background.

Terrazas de Flores Botanical Garden is also one of the best places to relax with friends, family or with a date. The ambience, the music, and the picturesque view of the place is just amorous that made it probably as one of a romantic hideaway!

So what are you waiting for? Visit Terrazas de Flores Botanical Garden now and smell the cool scent of the flowers while enjoying the breathtaking view of these terraced flowers! 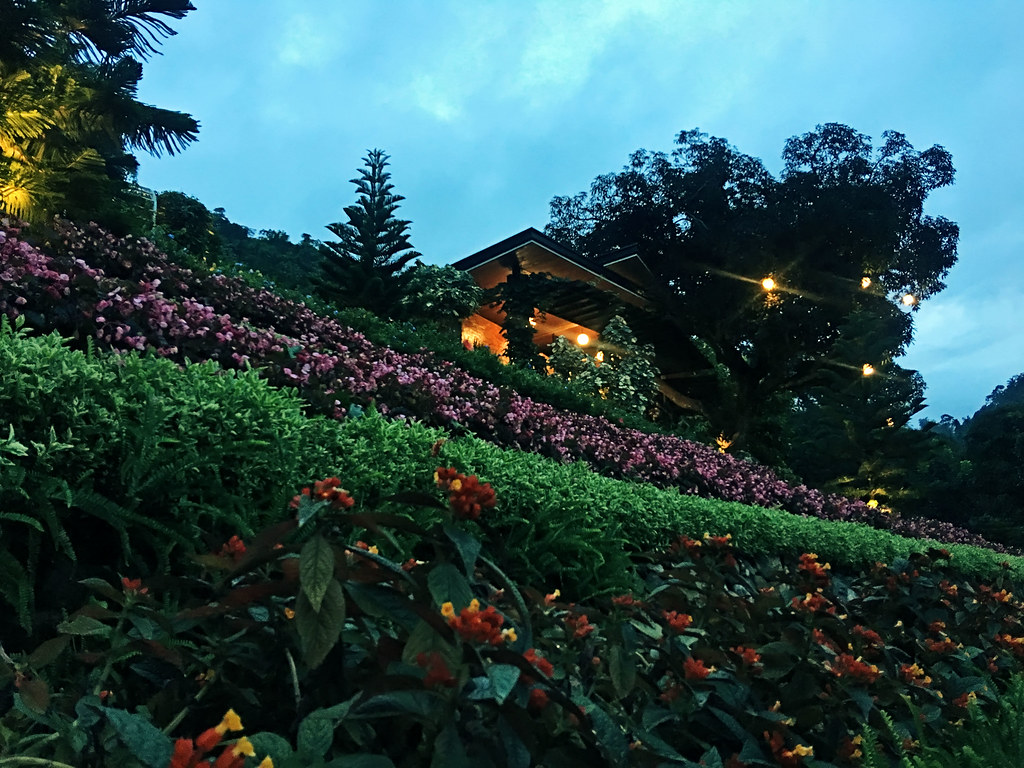 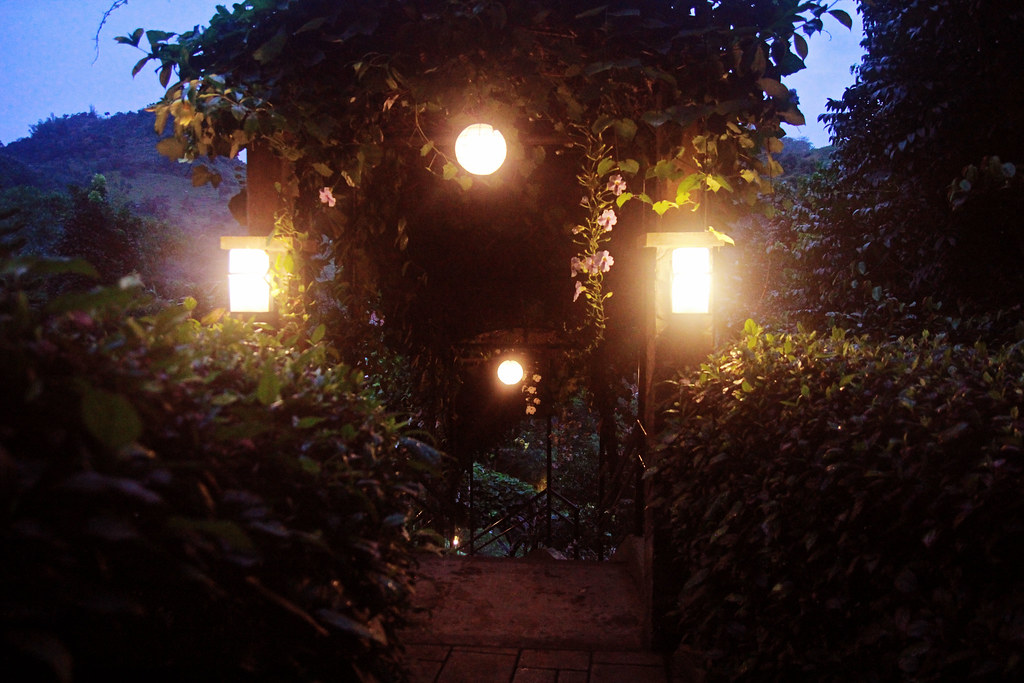 What do you think of the place? Did the photos convinced you to pay a visit on this hideaway? Leave your thoughts in the comment box below.