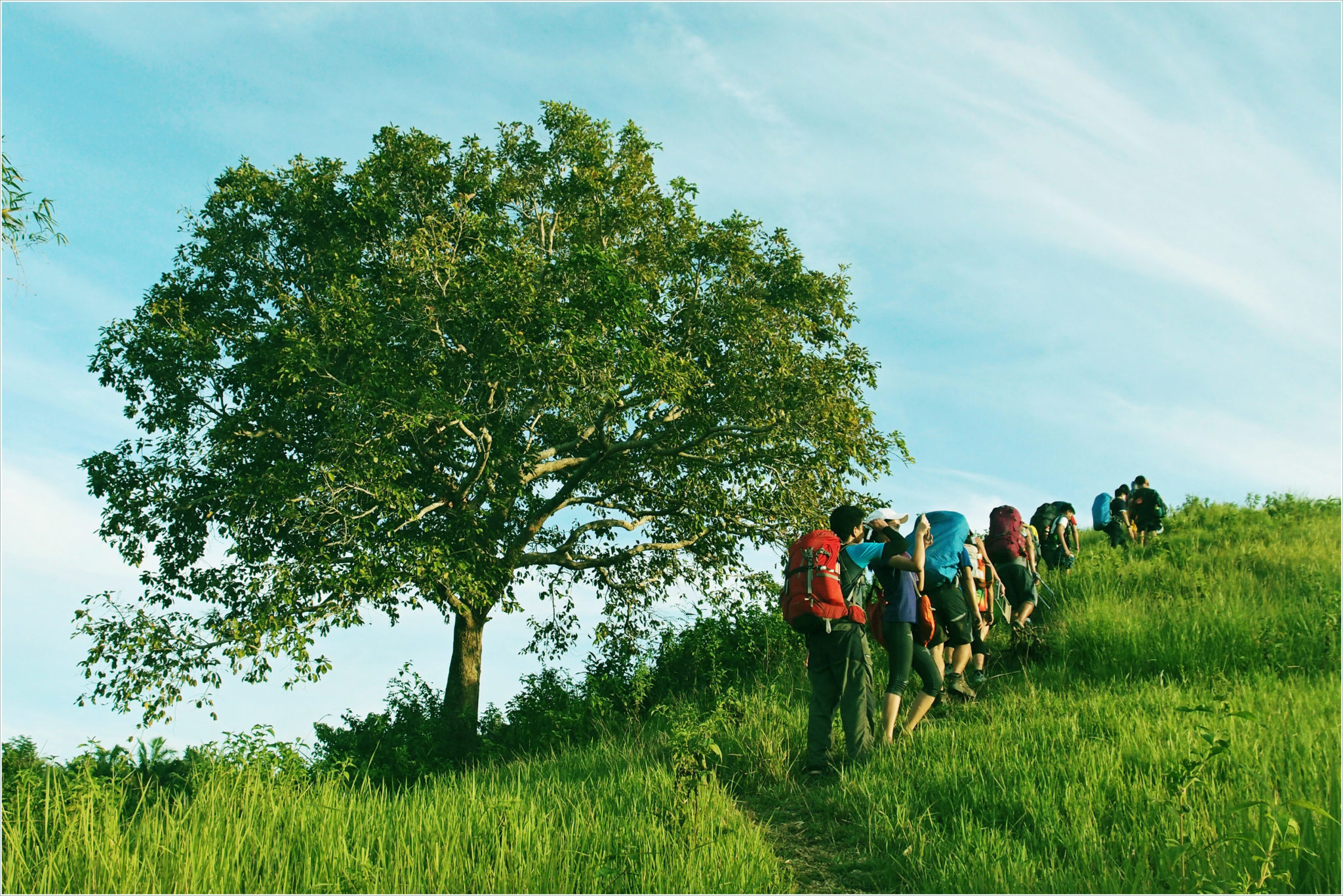 The happy society can’t get enough of the mountains lately aside from the monthly organized crime, este monthly organized trek by the NCR Trekkers Club; we still wanted more! So I decided to accept the invitation to join the Lanigid Hill trek.

But no, neither of the two groups organized this trek! The trek is organized by the BRB outdoor group and the first time I will be joining a group whom I don’t know a lot of it’s members. This time, 3 members from the society of happy people (Analyn, Eduleen and I) are the guests of Miss Kresia Julio of TheWanderFullLife who happened to be a BRB member.

Lanigid Hill is located at Mulao, Liloan, Cebu. It’s prominence could fall roughly in between 300-500 MASL (too bad, I have no altimeter at that time and I could not find any data on the net). I will just update this post when I got the correct MASL of this beautiful Hill.

We agreed to meet at SM City Cebu during lunch time. After an hour and a couple of minutes, we went ahead to the jeepney terminal bound to Compostela / Liloan. It was around 2 PM and we hailed the jeepney going to Poblacion Liloan, Cebu. We stopped and alight near the Lilo-an church. Travel time from SM City to Liloan is about an hour and even longer depending on the traffic.

We have had a short getting to know each other in the church grounds and an obligatory group picture taking. After the short GTKY session , at around 3:30 PM we headed to the old market, just right near to Fatima junction right across Pacifica Agrivet where the hired motorbikes are parked that would take us to Mulao Brangay Hall. The motorbike fare is 100 pesos or 50 pesos each if you are in pair. The travel going to Mulao will take not less than 30 minutes.

(Quick getting to know session at Lilo-an Church grounds)

The road going to Mulao is mostly concrete paved but some parts of it were rough and a bit dusty. The ride could be bumpy and slow going uphill especially if you’re bringing heavy loads. 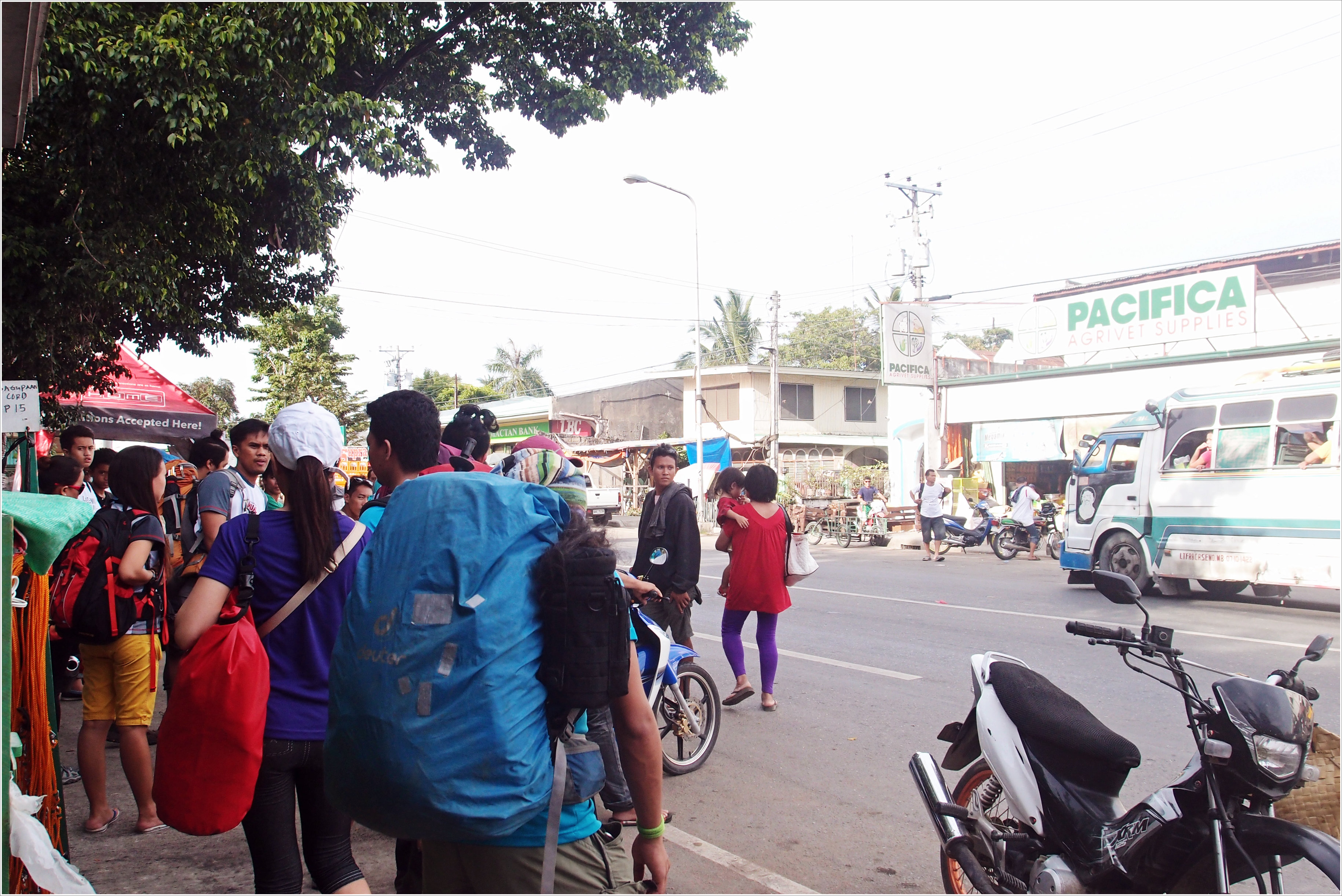 (The junction where hired motorbikes are stationed)

Going there, you will pass through barangay Cabadiangan, Liloan. You will know you are at Mulao when you pass through the “Welcome to Mulao” sign. For an added challenge, you could alight from the motorbike upon reaching the welcome sign and start the trek from there. In our case, we didn’t coz it was already past 4PM. All of us arrived at barangay hall around 4:15 and register on their logbook. Registration fee is 10 pesos. Some of us had bought additional provisions and refilled the water bottles at the stores below the barangay hall.

At around 5PM, we started out trek uphill. The trail to the peak is just 500m from the barangay hall but we think it is more than 500 meters though. The trail uphill is an easy one but due to its slope, it can at least pump you up and keep your sweats flowing. The trek to the peak will just take around 15 – 25 minutes.

It was a short trek but I feel exhausted upon reaching at the top. Despite the feeling of exhaustion, the magical feeling when being on the top of every mountain started to take over. The sun is not setting anytime soon so we choose not to  set up camp immediately, instead we just enjoy the view atop of Lanigid Hill.

We setup camp before nightfall and prepared our dinner. We had dinner together with the members of BRB outdoor group. After dinner, the obligatory socials had began.

During socials, the group members had their ways of questioning personal questions esp about love life. I am not comfortable sharing that topic to just anyone else, rather I prefer to make it private but I had no choice but to tell parts of the story. But nah… it’s not really a big deal though. 🙂

After socials, we decided to have the card game session.. the 3 of us + Kring played card games inside my tent while the rest of the group played The Resistance game led by July, Krings hubby.

After we had enough games, we decided to do stargazing. It was surprising that it was Kring’s and Nalyn’s first stargazing on the mountains. They really enjoyed it as it seemed.

The next day, everyone was awake at around 6AM, prepare and had breakfast, break camp and lastly the obligatory photo ops at the peak.

The trail going down: We’re just taking the same trail back to barangay hall (backtrail).

The group can’t get enough of the games the last night. They’re playing in front of the barangay hall while waiting for our ride back to the town.

At around 11 AM, we were back at Liloan town and had our early lunch at Jollibee. 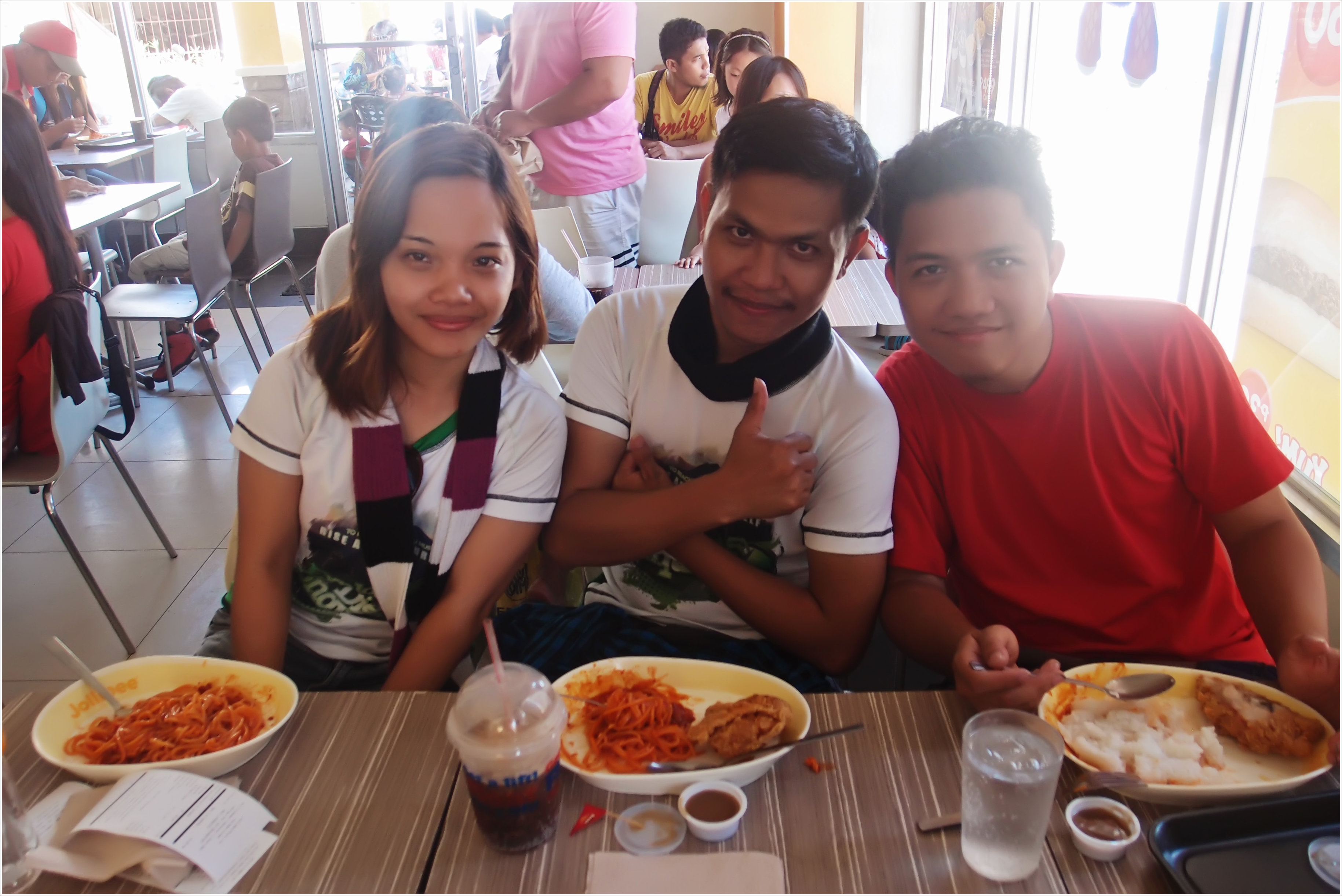 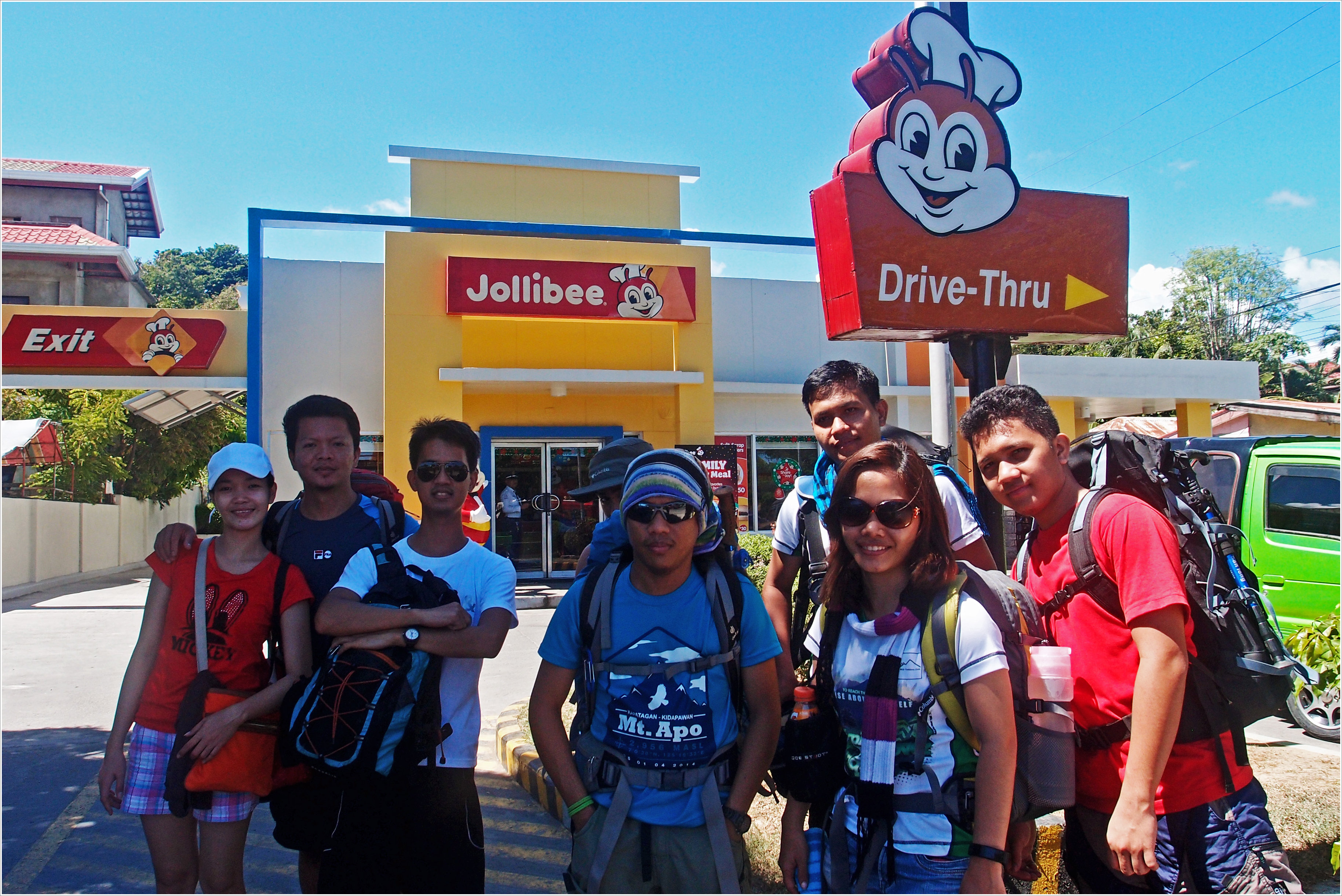 (The Last photo of the day before we separated our ways)

The trek to Lanigid Hill is quite an easy one. If you’re up to hard core one then this is not what you’re looking for. But if you’re looking for a fun and relaxed trek or you are new to trekking, then this might be just right for you. And also, there can be one more spot worth visiting after trekking to Lanigid Hill, the Malingin / Stone Arc river which is approximately 900 meters downhill from barangay hall. I would really love to be back at Lanigid Hill and hopefully, I can visit the Stone Arc River by then.

Have you been to Lanigid Hill? or are you just planning to? Don’t forget to share your experience or your plans by leaving a comment.

Some photos were from Miss Kresia (Kring) of “The WanderFullLife”.