It’s been a long time that I had been into mountain trekking. The last time I found myself camping in the mountains was during my 5th year in college , that was 2006.

After being away from everyone and being alone for about 3 months for business trip in  Japan, I realized a lot of things and top 4 on my list were:

I was very busy looking for something that I forgot to appreciate the little things that helped made me who I am now. Been very busy for a lot of things and forgetting to appreciate life with friends and getting lost and straying too far from the things that I really love in the first place. Why not ask for more when I have plenty already? Everything was just right under my nose, the things that I overlooked for such a period of time that I am now going to value more than ever – family, friends, passion and hobbies.

One night when we had our usual dine out with my team mates, we were talking a lot of things while we’re walking back to the office. The weather was good, the skies were full of stars and the moon shined so bright. It was so enticing to just lie down on the grounds and star gazed. We happened to talked in passing about camping under the moonlight. And that was it, one of our trekker team mate told me that he can go with us and vouched to trek again if we want to. They had stopped trekking for quiet sometime due to some reasons though.

Out of the eagerness to do what I have been missing, we came up with a plan to climb Cebu’s highest peak on the next weekend and tried to revive the other member’s hobby that was in hiatus.

I contacted the other team members about our plan and to my surprise, they were very supportive of it! Unfortunately, I don’t have mountaineering gears at that moment, so I decided to buy whats necessary the following week. Fortunately, they were very willing to help and even accompanied me shopping for gears.

This was my first time in the mountains together with my team mates, they have been climbing few mountains before, but I was not comfortable joining them during those times but I am now.

Our first climb was set on the weekend of June 21-22 , 2014. We climbed the highest peak in Cebu South – the Osmena Peak and then traversed to Kawasan Falls the day after.

Osmena Peak is known as the highest peak in the province of Cebu (at least among the  explored and recorded mountains in the island). It stands at around 1010 meters above sea level. It is  located in the vicinity of Mantalungon Dalaguete that is known as the vegetable basket of Cebu due to its cold temperature that is very conducive for growing variety of vegetables.

What differentiates Osmena Peak from other mountains in Cebu is its Mantalungon range – the multiple jagged and sharp pointed hills grouped together overlooking the nearby towns and shorelines. The Mantalungon range looks like Chocolate hills but is more pointed albeit more like peanut kisses shaped hills.

The day has came and almost everything went as planned (except for the transportation issue) and we’re so blessed that nobody was injured in the span of our outdoor activity. Initial Plan was to ride the minibus near Carbon Market that is bound to Mantalungon Public Market, but some of us including me came in late, due to some miscommunication on the itinerary.  Since there were no buses scheduled on the afternoon, we then opted to ride the buses at CSBT ( Cebu South Bus Terminal).

We departed at Cebu South Bus Terminal at around 1:45PM and arrived in Poblacion Dalaguete at 4:16PM. We hired a motorcycle going up to Mantalungon Public Market for 50 pesos / pax (2 passengers per motorcycle). It was a hell of a bumpy ride coz we had heavy backpacks and the rough road going up is  steep and have a lot of curves.

(waiting for the bus at CSBT)

Arrived at Mantalongon Public Market at 5PM, bought some food for dinner and off for approximately an hour trek to Osmena Peak at 5:30PM.

Darkness fell and it was a challenge for everybody since, we had limited headlamps and flashlight. At that time, I even used my phone camera flash as flashlight using an app.
We arrived at the peak at around 7:30PM. We immediately setup our camp, had dinner and had socials but was cut short due to the pouring rain.

Had a talk with my tent mate for the rest of the night until past 2AM. Had to take a doze after coz we needed some sleep for the traverse the next day.

(View of campsite from above) 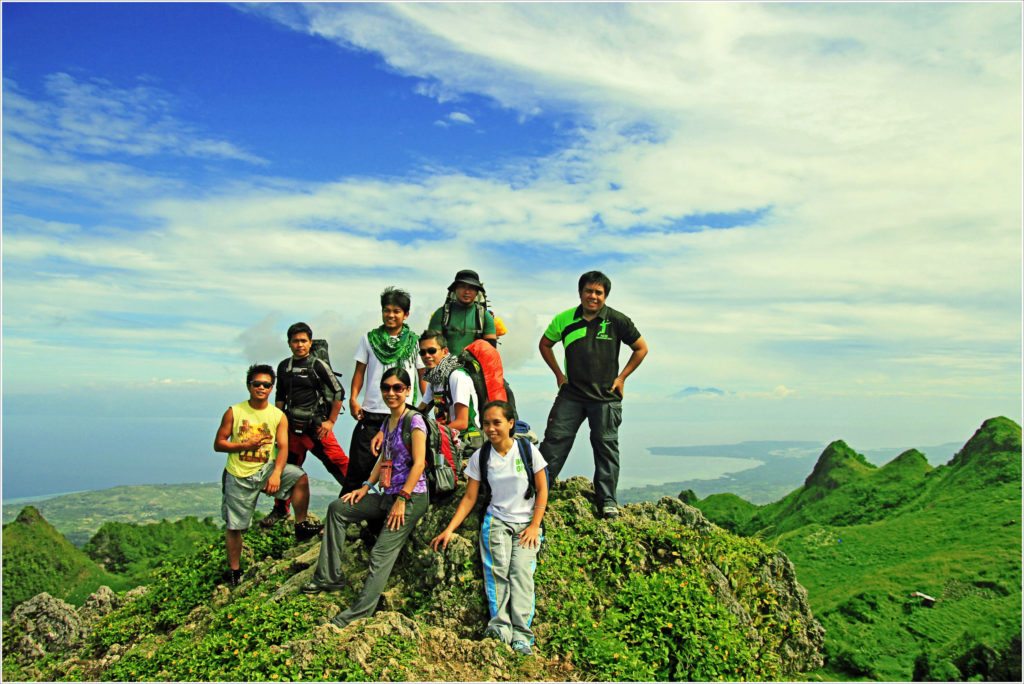 (Group Picture before commencing our trek to Kawasan Falls) 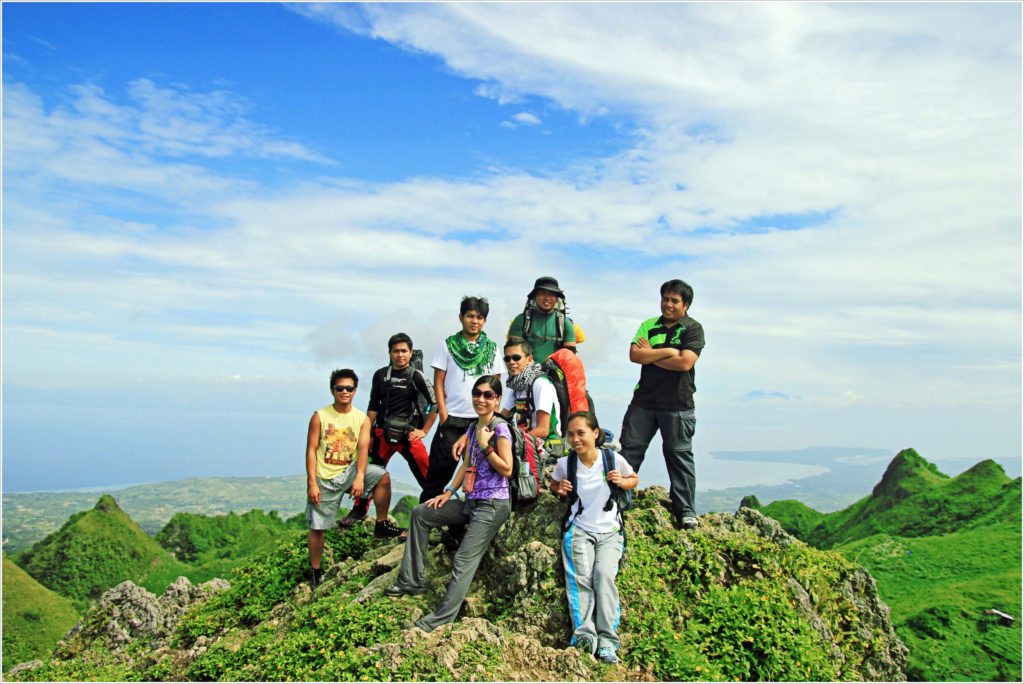 (An astonishing view from the Peak, the mountains behind it look like peanut kisses :))

(And of course, he’s ready for the camera, di lang halata :p )

(Meditating at the top of Osmena Peak, why not?)

(Commencing our journey to Kawasan Falls)

(Let’s have a break)

(Despite always complaining, he managed to pose like that)

We started our trek at around 10AM and we are expecting to arrived at Kawasan Falls by 2PM. We had lunch along the way near the water source and then resumed trekking down to Kawasan Falls. Arrival at Kawasan Falls is a bit late at around 3PM. We decided to have a short dip of its inviting and cold waters. Too bad, we’re in a hurry that I forgot to take pictures.

We rented one hut for 250 pesos to house our things. At 3:45PM we prepared to go down to the highway by 4:00PM, but we’re a little late again. We arrived at the highway around 4:40 PM and waited for the bus. 30 minutes past 5PM, we had our bus ride going back to the city.

Indeed my first climb with these awesome guys was worth it! And I’m so thankful also that I had tried to reach out a little more to these guys. ‘Till the next adventure!

Have you been to Osmena Peak?
How was your experience?
Let us know your thoughts by leaving some comments below.

7 Replies to “Osmeña Peak: The highest peak in Cebu South”