After our first climb of the highest peak in Cebu, we planned to have a rematch climb. We just had a short planning and just want to have spontaneity on the minor details.

The weekend of our climb has came. Everything was ready and good but the weather. It is forecasted that there will be a tropical storm approaching, but we loved adventures so we still pursued the plan.

There were just five of us that were up to the challenge. Angie, Tats, Carlos, Angel and me.

We were a bit late since one of us had minor issues at home. The weather was not really good, the skies were dark in the far south and the clouds were getting dense with prominent thunderstorms.

We had our bus ride going South past 11AM and arrived at Mantalongon Public market quarter to 3:00PM. We had our lunch at one of their Carenderias at Mantalongon Market after buying stuffs for the camp.

At 3:30PM when we’re about to start our trek going to Osmeña Peak, the gloomy skies darken apace, thunder roared angrily, lightning interminably flashed and the heavy rain poured in a snap.

We waterproofed our bags and took shelter on the vegetable market. Due to strong winds and heavy downpour, we waited
for a while for it to calm down but it was a total bummer as it went even stronger.

We decided to walk on the heavy rains coz it was past 4:00PM already and if we won’t, it would be very difficult for us going to Osmeña Peak and find a good camp site for the night.

We were soaked in the totality of our trek and due to a massive reduction in visibility of the trail, we needed to stick together and had a slow pace.

It was really a struggle going to the peak. The road is filled with rain water with the unending blow of the winds. We arrived at the camp site around 6:30PM. Most of the good spots in the camp site were already occupied so we decided to pick the location near the summit. We pitched our tents immediately, helping each other starting with Angel’s tent, since it was still raining and its hard to pitch simultaneously.

After setting up our shelter, we cooked our dinner few minutes after and the rain had stopped. We had dinner while the rain had stopped and had socials inside one of our tents. We played 1,2,3 pass card game with truth or dare as consequence for losing. I lose twice meaning 2 truths, and the other players had some also but to top it all, Angel
had 16 truths. Do the math, we we’re 5 and had 28 rounds.. 🙂

Lights off at 1:00AM but most of us didn’t fall asleep due to very strong winds and the rain started to pour heavily again. We we’re worried that our tents won’t survived the night coz it seemed like it can be flown away any second. Few hours after, my tent was like a water-bed, I can’t barely sleep since it was very cold and so was everyone.

At 5AM, some of us had woken up already to enjoy the early view at the peak but I was too lazy to get out of my tent and decided to rest a little longer.

Had prepared our breakfast at 7AM. We had dilis, buwad pinikas with tomato, hotdogs, eggs and meat loaf for breakfast. We then cooked our lunch after breakfast. Break camp at around 9:00AM and had picture-taking at the peak until 10:00AM. 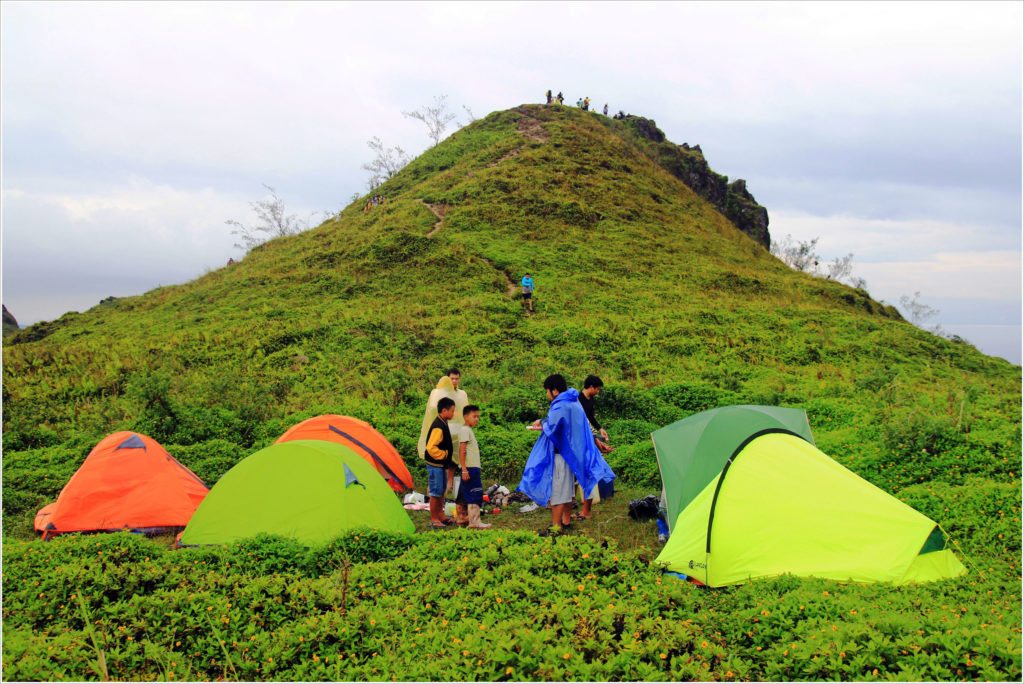 (Group picture at the peak) 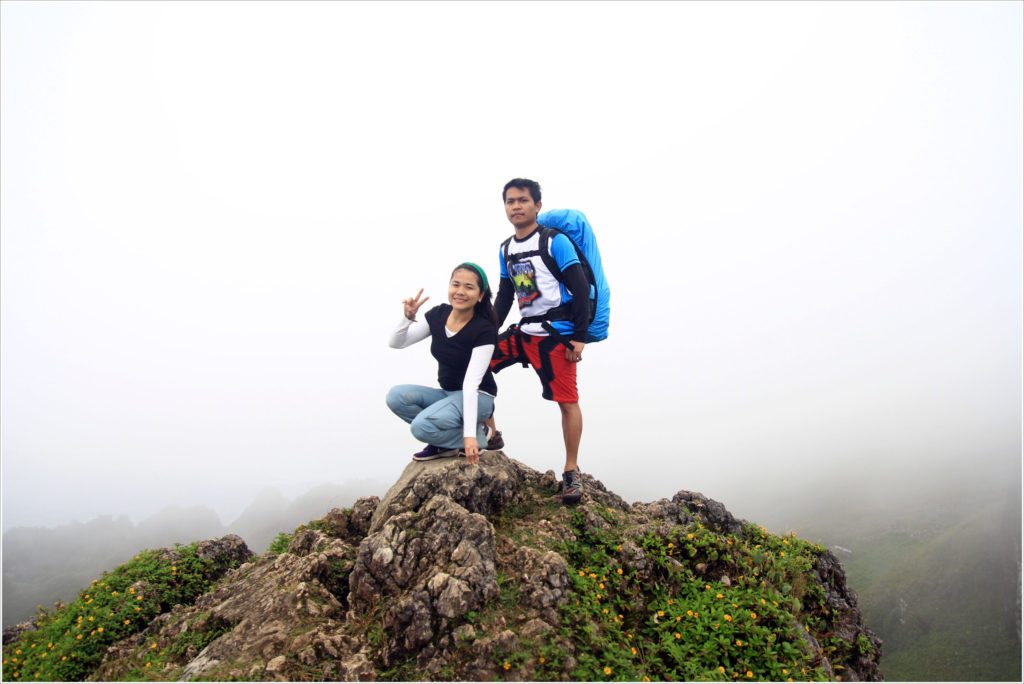 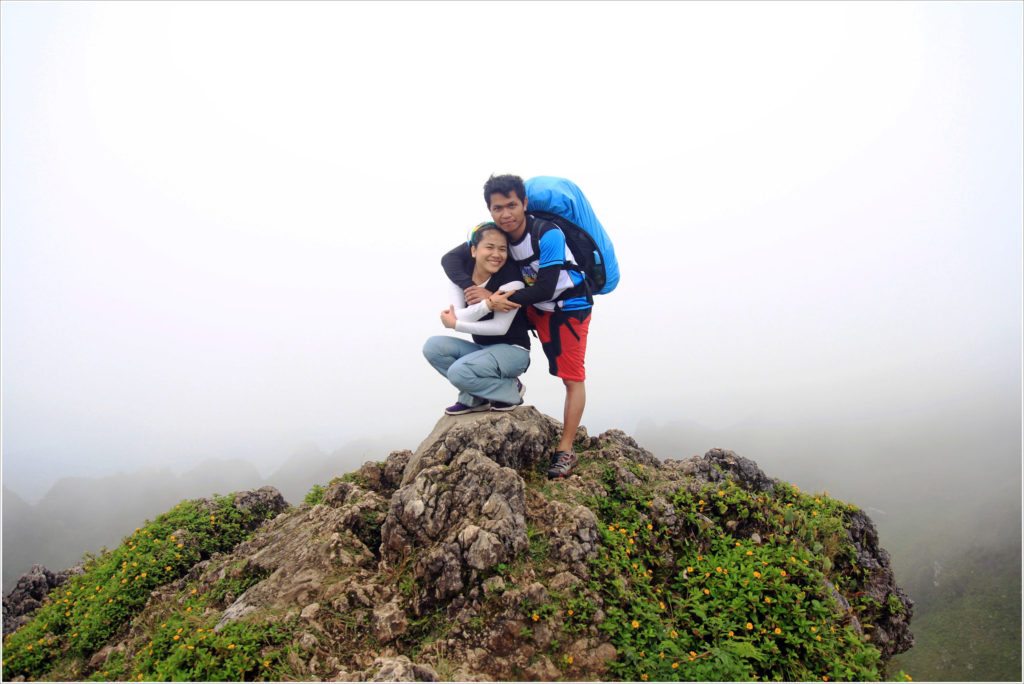 (The hugger spirit in me kicked in again.. haha) 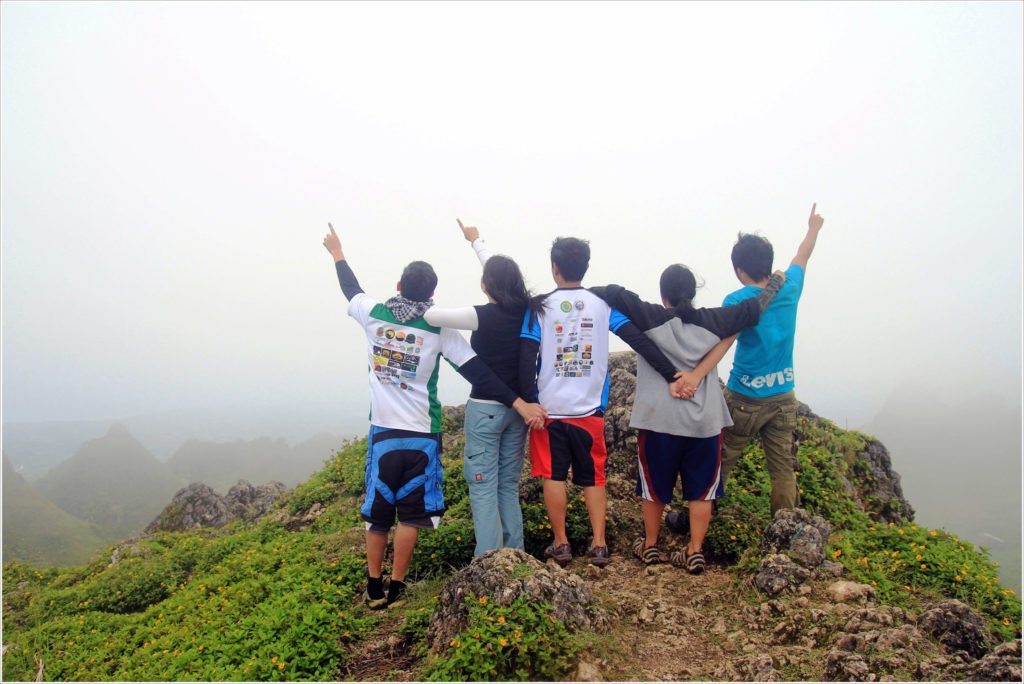 We left Osmeña Peak and headed on to Kawasan Falls trail. But one of us suddenly had an injury. We had to slow down our pace.

Few snapshots along the trail as we traversed to Kawasan Falls. 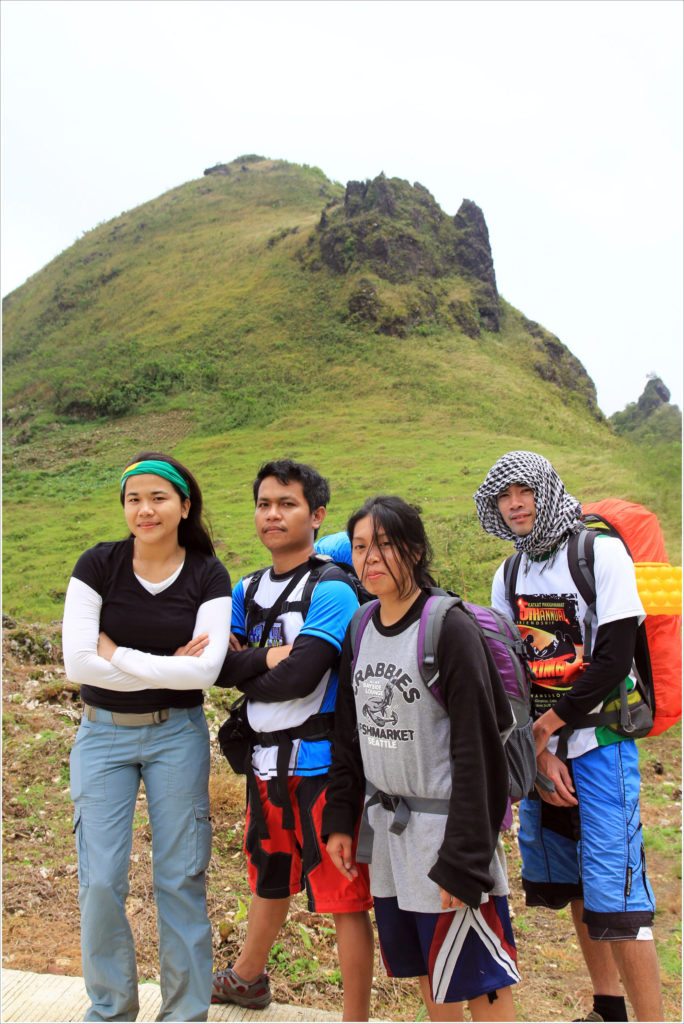 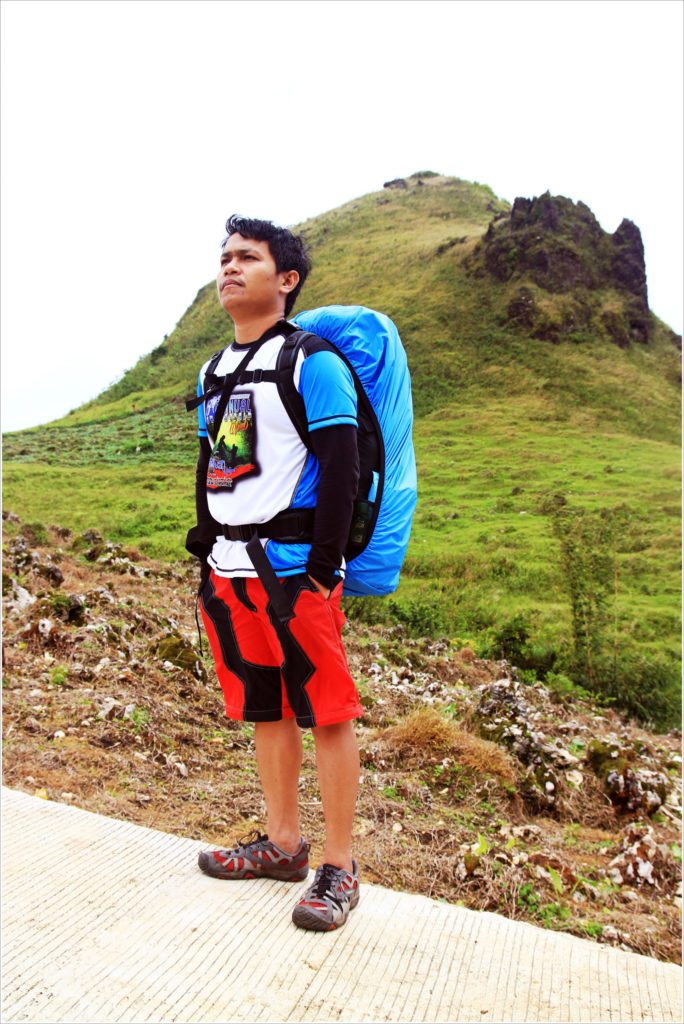 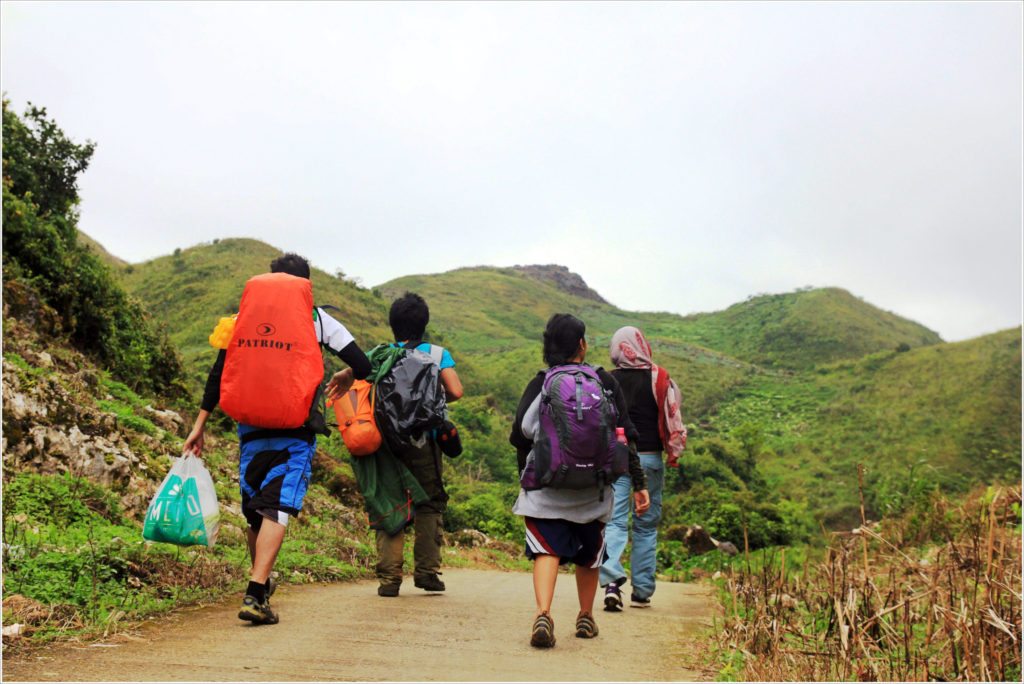 Arrived at water source past 1:00PM ad took our lunch. We resumed our trek but the rain poured again. It is a bit of a challenge for an injured leg to descent a steep and slippery trail with heavy rain downpour. We reached the basketball court after the water source with the rain still pouring. It was almost 3PM, and based on our pace we would reach the falls almost nightfall. So we then decided to hail a habal2x from basketball court to the chapel which is our next stop before the final descent going to Kawasan Falls to save time.

We reached Kawasan Falls at 4:00PM, we had a quick dip and packed up at 5:30PM and went down to the highway.

Finally had our hired van ride going back to the city at 7:15PM. We opted to hire a van since we we’re out of luck for the buses. Good thing was that we arrived at the city at around 9:00PM. That was hell fast ride. The usual 3 hour trip is just less than 2 hours.

To sum it all, considering the instances, heavy rainfall, injured colleague, lack of sleep, etc, it was really a good experience. It was an awesome experience to have – a night trek + storm trek. I want more! 🙂